Close Conversations: A Tale Of Hope And Love

In my last interview, we met my son’s biological mother. We discussed her early life, her struggle with addiction, her biological children, and how she is working every day to overcome her addictions and remain healthy. If you asked me the day I met her when she was probably 12 years old if I would ever think our story would turn into this, I probably would laugh at you. But here we are.

In that interview, she allowed me to ask questions about anything and everything, and answered them for me, truthfully. When I let a friend read my article before submitting it, she said she wanted more. She wanted a whole series. And one of her first ideas was to allow JB to interview me. I’m going to be totally transparent here and admit that the amount of vulnerability you feel when being interviewed is painful. One thing I realized, you tend to block out some things that might have been hurtful. Also, what you said versus what they heard is very different. But we are probably all like that. We take what we want from a conversation and hold on to those words.

I’m sharing this interview to give more insight into what each side might be going through or feeling or thinking. So the following are some of the questions she had on her heart that she wanted answers to.

*The names have been changed to protect any identities.

JB: How did your relationship begin with my family?

LK: I was managing Shoe Show in Corbin. I hired Debbie* (her aunt). Debbie* became my Assistant Manager, eventually. We found out that we went to the same elementary school (2 hours away from where we currently live), too. How crazy is that? I was in kindergarten and she was in 3rd grade. We became friends through work. And just always followed each other everywhere we worked. Then came you. I’m thinking library days.

We discussed the things she went through as a child, 12 years old, and how we, my husband and I, and her aunt tried to help her when things got tough at her house. She eventually went to live with her aunt for a bit before returning back home to her father.

JB: Why did you approach me and ask if I was keeping the baby?

LK: Did I ask that? I don’t remember that. Oh wait, do you mean when we went to Chinese? I need more on that one.

JB: Yes, when we went to Applebees, we got those green bean things for an appetizer?

LK: I need more refresher on this one. I do remember going but I don’t remember just starting out and asking if you were going to keep him. I mean there had to be more conversation than that.

JB: I can’t remember, Lisa, honestly. I will try.

LK: The Applebees date. It was our first one. We also had a Chinese date with Chris where we had similar conversations. Depending on where you were living during that date. I would need to try and figure that part out. But I was probably worried about where you were staying. It had to have been to the point that we were babysitting more often than not. I probably wanted you to decide if you wanted to grow up that fast or if you just wanted to be a teenager doing teenage things. I know it was never about us getting him from you. It was always about trying to help you. Trying to help you see that it was okay to not be ready. I always wanted YOU to be okay. It was about trying to help you get your life on track and at that point, I knew it might be easier if you only had to take care of yourself. So it was probably more about figuring out where your head was at. Having an open conversation and trying to figure out the best way I could help you.

JB: Did you plan on having your own children or just adopting?

LK: I always joked when I was little and said I wanted to have one and adopt one. Then in 2009, I realized we might not be having any. And I was okay with that. In 2012 I signed us up to learn more about foster care. In 2013 we started classes. I didn’t think fostering would be for us but we decided to follow through. I’m not a quitter! During foster training is when you called and asked me to get Brian*. A year and a week to the day we got him, I found out I was pregnant. But we hadn’t planned on either, they just both happened.

JB: Is there anything you would’ve done differently?

LK: Doing anything different? I don’t think so. Maybe not enabling as long as I did? But it was hard for me to say no.

JB: What are your plans for me and him?

LK: My plans have always been to be supportive of my son and answer his questions as they come up. And once he’s older and ready, I would definitely be open to building a relationship in person with you. In a perfect world with a perfect ending, I could see us being a happy family and you and Andrew* being a part of that.

JB: How has being an adopted parent of an addicted mother affected you?

LK: Sheesh, you got some good ones! Honestly, it was very difficult. In the early days before we adopted him it was hard for a variety of reasons. Visitations were difficult because we never knew what to expect. And I was always walking on eggshells. I never wanted to disrespect you. I didn’t want to hurt your feelings. I remember avoiding being called anything for fear it would hurt you. And the day he called me mama about killed me. That’s why we had always encouraged him to call you mommy at that point. Then there was the trauma. I don’t know everywhere he was when he wasn’t with us, but I do know we had to work through issues that doctors said were due to trauma. And then once we adopted him, the worries didn’t stop. Mostly because I still cared about you. So I constantly worried about where you were, if you were still alive, would we run into you, things like that. And there was a period of time that no one had heard or seen you in months. And I stressed every single day. Until I found you again . 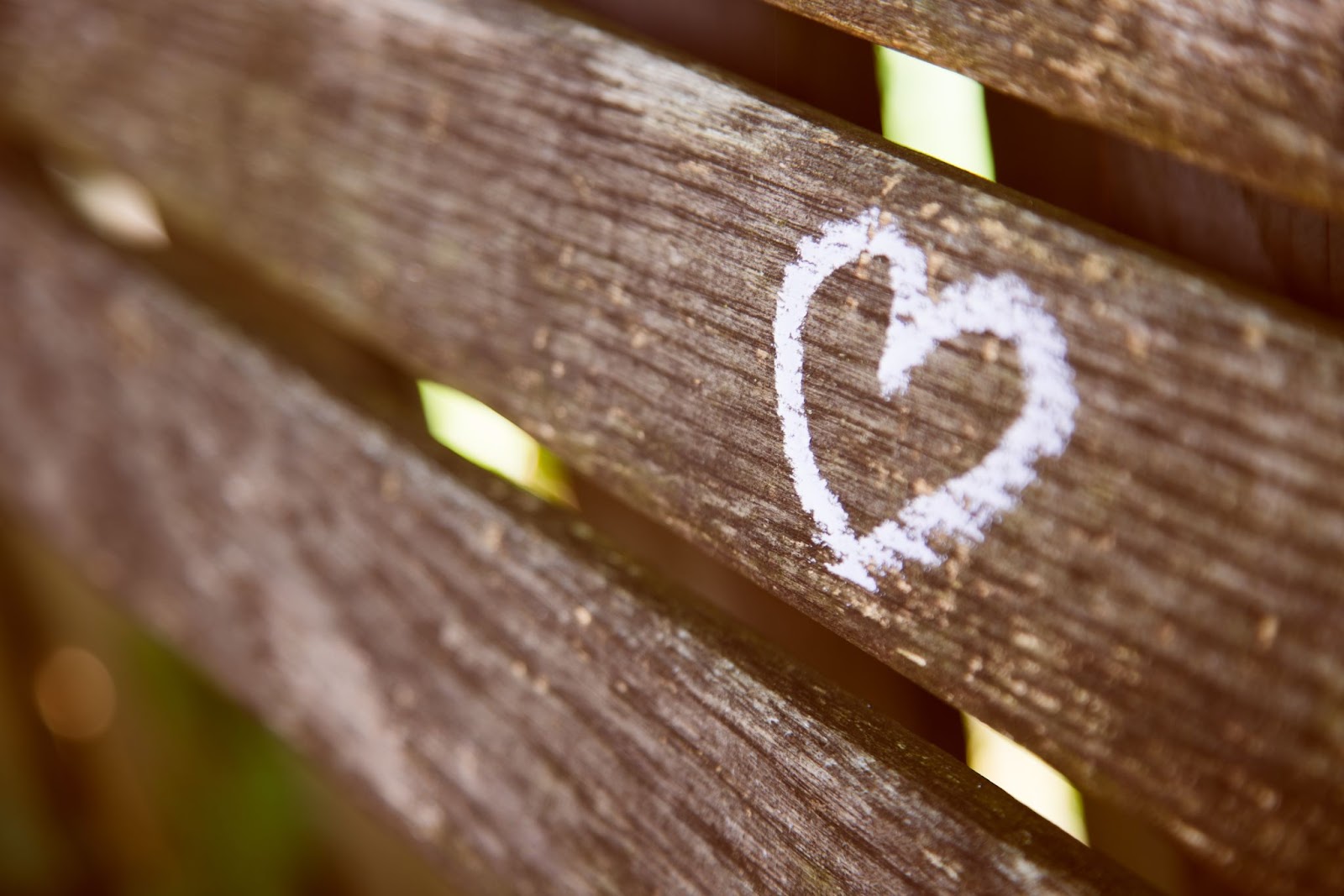 JB: Would you say the prayers you prayed for me were answered?

LK: The prayers for you, I think they have been answered and are being answered. .

JB: How has God moved in your life during this time?

LK: God has moved in so many different ways. He brought me closer to Him. He brought people into my life that were my community and helped us through every single step. He also brought people in my life that understood my heart for you and would pray for you along with Brian*. He places me where he wants me and keeps showing me ways I can serve, for instance, when we did Adopt-A-Mama before Covid.

JB: I know your word of the year was love. Would you say God has really moved with the word, love, this year?

LK: Love was my word last year. And He used it and continues to use that. He kept telling me I needed to love Him and love others. I was at a church service and the preacher asked us who was the one person that was the toughest for us to love because that was exactly who God was calling us to love. Immediately I thought of you. We had so much history, and I would say, you would agree, that addicts make it difficult to love. Then there was the whole not knowing where you were. That church service launched me into full-on, need to know you were alive and well. Which eventually led to the discovery of you being in Florida. And the rebuilding of our relationship. He’s used that word in other ways. Daily I tell my kids that phrase, love others. I tell them to show love to their classmates. We had to deal with Covid and politics and I wanted to be angry at people sometimes but He would remind me to love them. Love them through it. No matter their thoughts or opinions. Love them.

If I could leave you with anything, it would be this, the simple act of loving others, no matter what they have done to you or what you have done to them, can be magical, healing, even. If you are someone who’s been in my shoes or been in hers, you know the amount of trauma that can come with situations or stories like ours. I didn’t realize how much I had blocked out until the day I had to type everything up for court. All those notes you have to keep in your planners. It brought up all the pain and sadness that I felt in those exact moments. To hold on to all the negative experiences we went through would never be beneficial to any party in our story. So when you find yourself in a hard situation, feeling all the things you are feeling, and you have a choice, choose love.

If you or someone you know is pregnant and doesn’t know where to look for adoption support, please check out Adoption.org/support.

If you or someone you know is interested in becoming a foster parent, please visit Adopting.org for more information.