I met Teresa and Dave Johnson and their family at church several years ago. Anyone who talked to them just once could feel that they were good people who were full of love. There have been a few times since then that I have crossed paths with Teresa or Dave and their family. It is always a happy coincidence when I run into them. I believe that the love the Johnsons have for others around them has allowed them to integrate their three younger children into their family; their three younger boys came to them through their state’s foster-to-adopt program. I had the wonderful opportunity to interview Teresa and ask her about her family’s adoption journey and the long road to integration that follows.

Teresa and Dave had planned to have a large family with five or six children. After they had three children, they found that they were unable to have more. Adoption and foster care hadn’t initially been the plan, but they started to look into it because they wanted to grow their family more. As they did, foster care seemed to be the right decision. Teresa and Dave took the classes and completed the training for foster care, and the first child they fostered was Eli, who was only 21 months old at the time. A few weeks later, the state asked the Johnsons if they would adopt Eli, which they did.

A few years later, the state called them again, saying that there was a 4-year-old boy named Alex who was in need of a home. Teresa and Dave agreed to take him into their home and he arrived in their home just before Christmas. Alex also had a half brother a few years younger than him named Michael who came to the Johnsons when he was only a baby. After two and a half years of foster care, Teresa and Dave were able to adopt Alex; Michael’s adoption was finalized a few months after his brother’s adoption.

Tips for the Road to Integration

The road to adoption was long and difficult, but it was worth it. To those new to the adoption world, the road seems to end after the adoption is finalized, but the truth is that it continues under a new name: integration. Now, 14 years later, Teresa and Dave have six children and they are travelers on the road to integration. When I interviewed Teresa, she shared with me the things that she and Dave have found to be the most useful when helping their children to integrate into family life. Below are their tips for fellow travelers on the road to integration.

The older Johnson children have also been great role models for Eli, Alex, and Michael. The two older daughters, Bethany and Sarah, have been on outings with the younger boys. They often will invite one boy at a time to spend a weekend with them to bond. This practice has been especially helpful for Alex, who struggles the most with attachment issues. Teresa and Dave’s older son Matt has also been able to do things with his younger brothers, especially during quarantine last year. He was able to go backpacking with his younger brothers so that they could bond together. This practice has helped them to avoid an us-and-them mentality and all be on board as a family as they travel the road to integration.

Some adoptive families may find it helpful to seek professional help. Alex came to the Johnson family in December, and they knew by April that they would need to seek professional support for Alex. He had been abused and neglected before coming to their family, so he had attachment issues that made it hard for him to integrate into their family. They were able to get Alex involved with Children’s Mental Health, and he graduated from that program just last November. Teresa said that it was probably the best thing that had ever happened to him; it has helped him with his attachment issues and other things he’s struggled with as a result of the abuse and neglect he experienced as a child. Overall, getting professional help has helped him to integrate into his family; helping Alex to integrate has also helped his brothers to integrate into the Johnson family.

It’s difficult for children to adjust if they don’t have a background with trust and attachment, so professional help might be needed to help regulate those issues. Resources are available on a state-by-state basis, so you can Google resources or you can also visit Adoption.com, Adoption.org, and Adopting.org for resources and articles detailing others’ experiences.

When asked what advice she would give to her past self or other adoptive parents, Teresa said, “Err on the side of mercy.” She explained that it can be difficult to show more mercy than justice, especially because you can’t always show mercy and because children could be prone to acting out. She and Dave have now reached a point with Alex that they can show more mercy than when he first came to their family. Teresa also said that erring on the side of mercy can be a double-edged sword. She feels that sometimes they are too merciful with Alex’s brothers Eli and Michael. She encourages parents to balance mercy with justice.

You may be wondering how it is possible to balance justice and mercy in your home. There are many resources on adoption websites to help you learn how to err on the side of mercy while still showing justice where it is needed. There are also books and articles on therapeutic parenting and connected parenting that can help you and your children as you adjust.

Teresa would also tell her past self or anyone else to have more patience with children of adoption or children in foster care. “You can never have enough patience,” she said with a chuckle. Having patience can also help adoptive parents and other family members to forgive their children when they act out. Teresa says that parenting is less about understanding and more about forgiving. Children with attachment disorders can have trouble with self-regulation. For Teresa and Dave, it’s difficult to understand exactly what’s going on in Alex’s head when he does act out, so it’s easier to forgive him and have patience as he tries to figure life out.

You or your other children may find it difficult to forgive your adopted child for his or her behavior even though you understand that some of the behavior stems from an attachment disorder or other such issues. There are many ways to practice patience. You could try counting to three before becoming angry, taking deep breaths when times get tough, or allowing yourself to take breaks for self-care so you don’t become burnt out. You may need to try several different methods before you find the one that works for you or enroll in a parenting course to learn new strategies.

You may or may not be a religious person. If you are, consider talking with your religious leader or spiritual influence for help. If you are not religious, try to seek support from friends, neighbors, and family members as you travel the road of integration.

The Johnsons have a background of faith in God that has helped them to be calm about the future and to trust that God is looking out for them. Teresa shared that before Alex was placed with them, she and Dave had been seeking an answer to a question they’d had. The answer to that question was no, but then they felt that they would be getting another boy through foster care. Not long after that, the state placed Alex with their family. Teresa said that it would have been really hard to accept Alex’s placement without the feeling that they would be getting another boy through foster care. Teresa and Dave shared their experience with their other children; this has helped their other children to explore their faith in God and accept Eli, Alex, and Michael as they are. They are all going through life, but they are going through life together.

The Johnsons have a motto in their home. Dave started the motto when he and Teresa were first married, and the motto has continued and guided them ever since. Dave’s motto for the family is, “I love you; I always will, no matter what.” Teresa said that showing consistent love and trust is the key in adoptive family relationships. They can quote Dave’s motto to each other all they want but, if they don’t mean it, the motto’s words hold no weight. It’s a choice to love a person, so the Johnsons have to choose every day to always love the members of their family. Teresa said that this has been especially important for Alex. His goal seems to be to try to find the breaking point or the limit of his family’s love. Teresa said that always showing consistent love toward Alex has made a huge difference in his life. She said, “Alex is pushing, but he’s finally getting a glimmer that his family is with him.” The Johnsons have seen that consistent love and trust have brought their family together, especially during the current pandemic. Love and trust have been important for their adopted children because they didn’t come from a background of love and attachment.

You may find it helpful to adopt a motto to guide you as you show consistent love and build constant trust in your family. A motto like the Johnson family motto could help you to envision what you want to happen on your road to integration.

There are many family situations that are unique and different from the Johnson’s situation. Even so, these tips could help you in ways you can’t imagine right now. The goal of adoption is to help all members of the adoption triad to be happy. The process of integration is never over; Teresa and her family will be working to integrate for the rest of their lives because relationships require time and energy that are both physical and emotional. You may feel a bit overwhelmed to learn that integration is a never-ending process, but take heart: you are never alone in the process of integration.

Note: The Johnson family requested that the names in this article be changed to protect the privacy of the people involved. 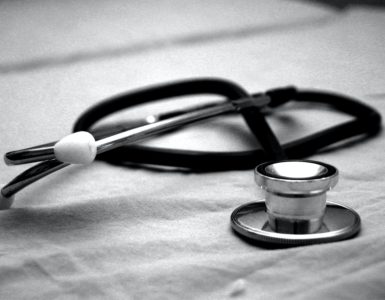 I had just become the mom of an almost 3-year-old. My husband and I adopted a beautiful little girl from India after 2 years of paperwork, education, social worker visits, fundraisers, agency fees, and countless prayers... 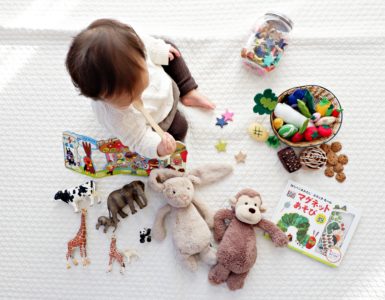 Meet The Children: How do Adoptees Feel About Being Adopted? 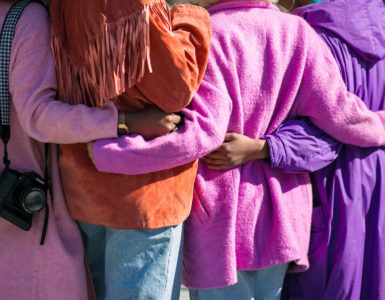 5 Reasons Why You Need Community

Finding Support In The Adoption And Fostering World Brene Brown says it best, “We don’t have to do it alone. We were never meant to.” Our communities are a huge part of our lives and mold and shape us every single day...