The Journey of a Birth Mother

For a birth mother, it is extremely vital that she makes her wants and needs known to the agency as well as the family she chooses when she is creating her adoption plan. In episode 12 of Birth Mothers Amplified, we get to hear Kami’s story as she delves into her experience regarding this important step on her adoption journey.

Kami is the mother of three. She placed her first baby for adoption, has one she is parenting, and is pregnant with her third baby. Two weeks after she and the birth father broke up, she found out she was pregnant. When she told him, he claimed that the baby was not his (even today he says he does not recall any of that conversation), so Kami navigated this journey without him—a scary experience for any birth mother, but especially for a teenager.

After letting the birth father know and telling some friends, Kami chose to keep the fact that she was pregnant to herself. When she finally told her parents she was six months along, she said the discussion was hard. Her parents mentioned adoption, but before that she was totally against it because she was not certain what adoption meant. Even today, there is a stereotype that a birth mother, especially a young one, does not care about her child. It’s almost the same stigma that drug addicts and alcoholics get. It is a bad rap.

When her parents first brought up adoption, young Kami decided to research adoption for herself, although she was still not certain that was the route she was going to take. She did not like the idea of letting her baby go out in the world while she knew nothing about adoption. During her research, she looked at different family profiles, which are nowadays called photolistings. Not too many years ago, she would have had to sift through file after file to find the family she wanted.

She found the couple she wanted to adopt her baby and contacted the adoption agency listed on the file. She said that, at the time, she was so adamant about that couple that she was willing to do whatever they asked. Her caseworker explained to her that she might want to look at other families because this family wanted a semi-open adoption, which meant that Kami’s needs were only partially met. But she was certain that this was her baby’s prospective adoptive parents.

Because she was so far along when she finally told her parents, everything from finding an agency to meeting with her caseworker to talking to the prospective adopted parents happened rather fast. She watched their video many, many times. The prospective adoptive parents were well put together when they met in person. The lunch date went well and they took pictures with Kami. She decided that she wanted the adoptive mom in the delivery room and, of course, the adoptive mom was more than happy to be there. Even though the adoption was to be semi-open, they called each other so they could communicate regularly.

The adoptive mom was there for a doctor’s appointment with Kami a little while after their first meeting. She took her shopping and let Kami choose an outfit for the baby, almost like a baby shower. It was during this visit that the adoptive mom got to meet Kami’s parents.

After several occasions of false labor—Kami calling the adoptive mom each time—she went to a doctor’s appointment a week past her due date. Although Kami had been having contractions all morning, the doctor explained to her that she could be contracting for days before the baby finally arrived. Kami was certain that the baby was ready to come that day. The doctor said that if she did not go into labor soon, they would induce her the next day. Kami called everyone and told them the news, but only a few short hours later, Kami’s contractions were two minutes apart. Luckily, the adoptive parents decided to come early instead of waiting for her induction.

They arrived at the hospital at noon, and even though she was only dilated to a three (and being a first-time mom, they figured it would go slowly), much to everyone’s surprise, the baby came less than four hours later.  Kami didn’t even have enough time to have an epidural. The adoptive mom made it just in time to be there through the birth, cut the umbilical cord, and have skin-to-skin contact with the baby.

Muthoni asked if the birth father was ever contacted or if he ever made contact. He was aware of the pregnancy, but he didn’t acknowledge the agency’s attempts to reach out to him. He had 31 days to make his intentions known, during which he did not make contact. Not long after that, he got in touch with Kami’s parents and told them he did not know anything about the baby. It was not until years later that he contacted Kami to make sure the child was okay. Kami currently shares updates with him. Now, she can tell her daughter that the birth father checked on her and that they, as birth parents, have a different connection with each other.

Post-placement, Kami kept a log so she could read them years later. At six weeks, she got a picture of her daughter in a stroller while the family was walking their dog, and it was at that point that Kami registered she was not a part of their life. The time between updates grew and the updates themselves became vaguer. Kami believes that since the adoptive mom herself had been placed in a closed adoption, she got information from Kami that she wished she could get from her own birth mother. At the time, Kami felt the adoptive mom had used her, and then once they got the baby, they shut her out. Now, being a mom herself, Kami understands better why things were done the way they were.

The legal expectations were different than the vocal ones, which happens a lot in adoption. The legal expectations in Kami’s adoption journey included two updates a year and the six-month visit. Even at that, Kami expected to receive pictures that she could frame. She expected to hear about her daughter’s milestones. But until she became a mom herself, she did not realize how important these aspects were, and that they should have been discussed in detail earlier in the adoption journey. Even to this day, she struggles with what she did for things to turn out differently than she had hoped.

Kami’s adoption journey was interesting. It goes to show that when a birth mother decides that adoption is the route she wants to take, she needs to make sure her needs and expectations are detailed so that later on, there are not any surprises. Both the birth mother and the prospective adoptive parents need to be aware of what will happen.

It was hard to hear how she believed the vocal agreement would take place and then hear about her heartbreak when it did not. It was also difficult to listen as she told about her departure from the hospital, the finality of it all. It did not sound like her parents were supportive, especially her mother. The fact that her dad acted as a witness as she signed her rights away, and even cried as she did so, was heartwarming because he supported her and was there for her. What I found hard to swallow was the fact that Kami’s mom seemed to be barely in the story; Kami didn’t mention whether her mom was in the delivery room or not.

I like how they addressed the birth father, even though he came back years later to make sure his daughter was okay. Many birth fathers would not bother to find reach out. However, I did not like the fact that the first time, when he contacted Kami’s parents, he claimed that the baby was not his. But, later, he tried to redeem himself. I like that she keeps him updated.

I think the best part was that the adoptive mom spent so much time with Kami prior to the birth of the baby, and was there during the birth. She even spent Kami’s last night in the hospital in the same room as her. It was tragic that eventually, Kami thought that the adoptive mother was using her to get information. As Kami got older, however, and became a parent, she realized that the adoptive mom was probably just trying to help her daughter

I think now that Kami is a parent, she understands better why her caseworker wanted her to think about all aspects of her semi-open adoption before making a final decision. That might have helped Kami understand why legal agreements are the ones that are followed more often than vocal ones. As it appears in the podcast, she has come to realize things she should have taken into consideration when she decided that placing her baby was what she wanted to do.

Are you considering adoption and want to give your child the best life possible? Let us help you find an adoptive family that you love. Visit Adoption.org or call 1-800-ADOPT-98.

Jenn Martin-Wright is a cowboy, jean wearing, country music, and rock lovin’ cowgirl who loves books and jewelry. She was born three months too early with a disability that should’ve taken any semblance of a normal life from her. Her mom made sure Jenn did everything she was capable of.

Coming from a big family, it was either keep up or get left in the dust. Jenn graduated high school, then on to getting married, having kids, and receiving a BS in Social Work.

Jenn lives in Idaho with her kids and a Maltese named Oakley who has become her writing ‘helper’ as she writes novels under an alias of different genres. 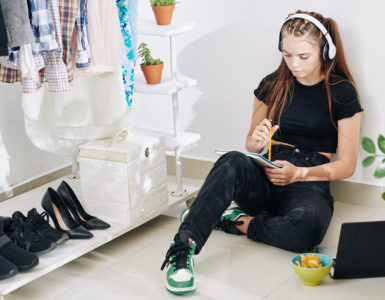 Uniting Our Family: Transitioning Out of Quarantine

March 2020 changed everything for everyone around the world. At first, we heard news here and there—shaky headlines about a vicious virus that was steadily sweeping its way across the world.  Then the questions... 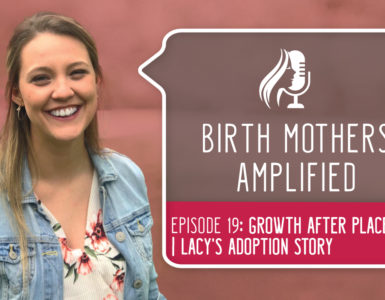 Whether we like it or not, we all experience growth along our journeys. Growth can come in many forms and at many different points in our lives. In the adoption community, all members of the adoption triad experience... 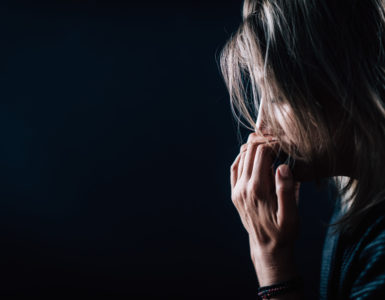 Coping With Anxiety In My Adoption

The idea of having anxiety relating to adoption is a concept that I largely avoided until about two years ago. I remember the precise moment when I realized that I was processing a situation the way that I was because...