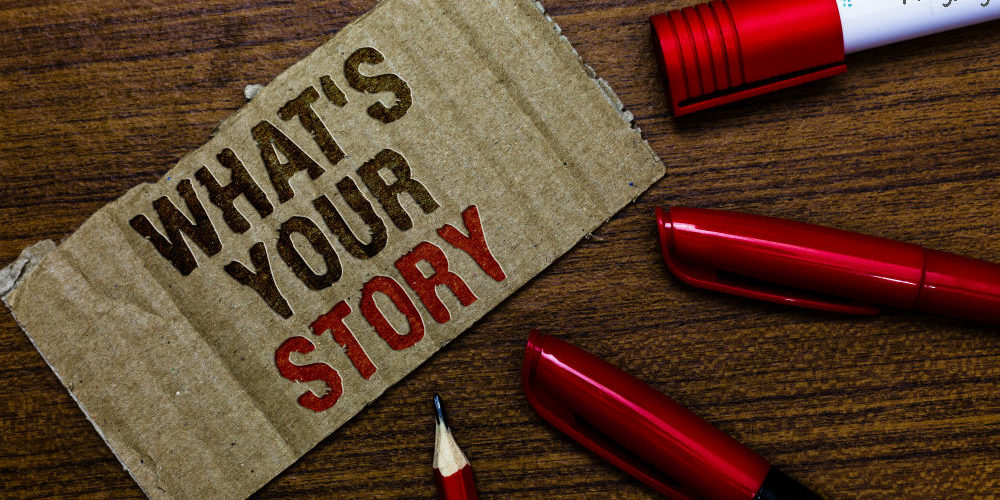 What Are Adoption Stories?

While adoption stories are really the stories of children who have been adopted, adoption stories are often told by those who have adopted. These stories often are told from the perspective of the adoptive parent. Adoption stories often also begin with the journey to adopt and the hills and valleys involved. These stories often start with the time before the child was in the picture and the time before the couple has matched or found a child to adopt. They might tell us a story of infertility or a story of simply wanting to adopt. After this, the child enters the story about midway as sort of a victory or an answered prayer.

Have you ever been a part of a support group of any kind? Even if you have not, have you ever seen one on TV? If you listen to these groups, they’re very focused on people telling their stories. These are often stories of trauma. Before these groups, the moderator often begins with something to the effect of “what is said in this room stays in this room.” People want to have that sense of confidence in confidentiality before sharing their darkest secrets or their worst traumas. Now, think of the most traumatic thing you’ve ever been through. Now imagine that being shared over and over again. Imagine your parent or close friends telling everyone they can about that trauma. Think about the biggest thing that has ever happened in your life; imagine that being shared without your permission on a daily basis. Think about something that is at the core of your identity and you not being allowed to be the first one to share that part of you.

This is something that adoptees commonly have to go through. I can even admit that before I knew better, I shared much too much of my children’s adoption stories. As an adoptive parent, it was more exciting to tell the story of their adoption to others and let them know how they came to be a part of our family. I know that I have even shared it on platforms that were much more than a small group of people and that was very wrong of me. Those stories were not mine to tell. While I have my own adoption story through being an adoptive parent and telling the story of how I came to adopt a child, there are intricacies involved in my children’s stories that only they should be allowed to share when they are old enough to feel like they can or want to.

It is not that adoptive parents mean some sort of ill-will to their child, but people ask questions and sometimes we feel obligated to answer those questions. Adoption is a strange situation and not one that many people are educated on thoroughly. It is hard to navigate and know what is right and what is wrong. It is hard to know what parts of the story you should tell and what parts of the story you should not tell. As an adoptive parent, it is important that I reserve the right to keep those stories private even when people are asking questions. Other people do not own the right to my own adoptive story as an adoptive parent nor do they own the right to my child’s story.

So, what is safe to share? I have tried to navigate this for a few years now and have found that it is generally okay to tell the story that just involves me. I can talk about the story of how I came to adopt. I can talk about how my husband and I had always had a heart for adoption. I can even talk about my children’s birth family to an extent, as we do have an open adoption. It is not a secret who my children’s birth mom and dad are, and we want to them to know that it’s okay for them to talk about their birth parents as well. However, I do not tell the story of why my children were placed. I do not tell the story of how my children feel about their adoption. I do not speak for my children in any way. If I find myself in a situation where someone is asking questions, or if I am in a position where I feel like I have to answer something that my child should be answering, I stop myself there. As a general rule, I follow the phrase, “When in doubt, leave it out.”

The savior complex matters in adoption stories due to how telling an adoption story can perpetuate this stereotype and even feed the “savior complex” for some adoptive parents. When telling any story, it is human nature to try to make that story as compelling as possible. Our entire lives are based on a story. Whether it be television, books, movies, or personal anecdotes, we are a society of storytellers. As we attempt to make these stories compelling, we tend to overemphasize the importance or the roles of the main characters. Within adoption stories, the role of the adoptive parents tends to become heightened and sometimes they become the hero of the story. This seems to be especially true as adoptive parents are often the one sharing the story. This is not necessarily because they want to raise themselves up, but simply because they are the main character in their own story.

I cannot count the times that people around me, sometimes strangers, have praised me for “taking in” my son and daughter. People have thanked me, called me generous, and pressed heavily into the idea that I somehow rescued my children. While I don’t think it’s necessary to create an argument, I am sure to change the narrative of the situation when this occurs. It is always nice to receive compliments, however, my children do not need to feel “grateful” to me for adding them to our family. If anything, I am forever grateful to their birth parents for the choice they made and their continued love for our children. In the event that I encounter this situation of someone thanking me for “rescuing” my children, I tend to lean on a reply such as, “I appreciate the sentiment, but I am grateful for their birth parents for the decision they had to make and for my children for being an incredible part of our family.”

When asked about the adoption story of our children now, I make sure to keep my reply more concise. I talk more about our own story and how we came to adopt. I also talk more about adoption itself. It is important to know that it’s not always necessary to be rude when these questions are asked. If you are an adoptive parent or involved in adoption in any way, you will be asked about your adoption story. There’s really no way to avoid it. After a while, this can get kind of draining, and it is easy to become kind of sarcastic or numb with your answers. However, this is a great opportunity to educate others on adoption. Instead of going to a route of rudeness, I take the opportunity to tell a little bit of our story before the adoption, share what is public knowledge, and then take the opportunity to talk about the blessings of adoption. I usually talk about different ways to afford adoption as that is often the biggest hurdle for many people. Having the opportunity to educate others on adoption, and potentially inspire others to adopt, is way more important to me than being annoyed at being asked this question all the time. I am happy to be asked the question if I’m able to help others feel more qualified to give a child a forever home.

Have you ever heard of someone selling the rights to their story to a movie studio to make a movie about them? Many people who have really incredible stories to tell have done it. In order for a studio to produce that movie, they have to own the rights to that person’s story. Until then, that person’s story is only theirs to tell. In the adoption world, somehow we have missed this right to privacy. Some may think that because they are involved in this story that it is theirs to tell. However, the person who owns the rights to an adoption story is the child. End of story. Adoptees reserve the right to tell or choose not to tell their adoption stories. They get to make that decision. When adoptive parents take that right away from their child before their child is even old enough to object, It can create quite a harmful emotional state for the child as they grow. It is also a great breach of trust as a child should be able to count on their parents as their protectors.

As a child grows older, it is up to the adoptive parents to inform the child of their right to answer or not answer questions that are likely going to come from complete strangers. If a child feels comfortable sharing their story, then that is up to them. However, adoptive parents can certainly teach their children ways to politely decline answering questions. The adoptive parents can also decline these inquiries for their child if the child is not able to or does not feel comfortable doing so. It is also important that parents teach their children how to safely and truthfully tell their story while providing assurance and explaining to their children that choosing to share their adoption story does not mean that they need to share it forever. If they come to a point where they are not comfortable sharing it or have parts of their story that they do not want to share, they do not have to. They are not obligated to share their story with anyone. Their story is their own.

Lita Jordan is a master of all things "home." A work-from-home, stay-at-home, homeschooling mother of five. She has a BA in Youth Ministry from Spring Arbor University. She is married to the "other Michael Jordan" and lives on coffee and its unrealistic promises of productivity. Lita enjoys playing guitar and long trips to Target. Follow her on www.facebook.com/halfemptymom/. 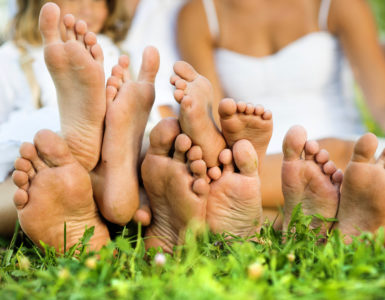 The adoption world has changed drastically from what it was 50 years ago. Adoption is no longer a secretive, shameful thing (although some older folks are still getting used to this idea). Open adoption can be such a... 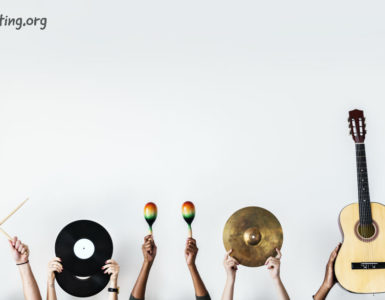 Music has a way of touching our souls. The right song can make us smile, cry, or reminisce. Hans Christian Andersen once said, “Where words fail, music speaks.” Even in the moments when we struggle to express ourselves... 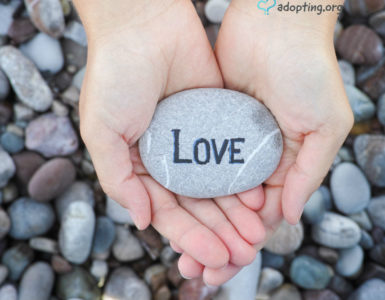 What Is Open Adoption?

If you are new to the world of adoption, you may not be familiar with open adoption or how common it has become. Years ago, it was normal and expected for adoptions to be completely closed. However, with sealed records...