Juneteenth: My Voice in the Adoption Community

Learn all about Juneteenth and what this day means for the adoption community.

What Exactly is Juneteenth?

In America, abolishing slavery didn’t occur until the end of January 1865, when Congress signed the 13th Amendment. However, in Texas, two and a half years after President Abraham Lincoln signed the Emancipation Proclamation, slavery was still taking place, affecting 250,000 African Americans. During the Civil war, the Confederate troops fled to the Lone Star State; there were no Union soldiers in Texas. It wasn’t until the war ended that a Union army general named Gordon Granger came to Gavelston, Texas to free the remaining enslaved African Americans. Celebrations took place among the now-freed African Americans, and Juneteenth was born.

How is Juneteenth Celebrated?

Here are new and modern ways you could celebrate Juneteenth as a transcultural adoptive family:

Spoken word is a powerful way to hear about the trials and triumphs African Americans went through while enslaved.

Here’s a great poem about Juneteenth written by Noah Griffin.

Juneteenth’s a celebration of Liberation Day

When word of emancipation reached Texas slaves they say.

In sorrow were we brought here to till a harvest land.

We live and died and fought here

‘Til freedom was at hand.

They tore apart our families

And worked our men to death.

They shamed the very nation

It died on the plantation

Denying man his worth.

But greed and misplaced honor

Brought crisis to a head

And Justice felt upon her

The weight of Union Dead.

They fought to save a nation.

And yet they saved its soul

And made the country whole.

But when the war was waning

And the battle was in doubt.

The soldiers were complaining

An many dropping out.

There seemed but one solution

The Congress was divided.

The Cabinet as well.

Abe did his best to hide it.

And no one did he tell.

To deal the South a blow.

And the Rebel states below

Would now have to contend with

The Freedman on their land.

For slavery had endeth

For woman, child and man.

The first day of the year.

The time we would hold dear.

For that would be when Freedom’s thought

And justified why men had fought

And died along the way.

Now every June we celebrate

What Lincoln had in mind

The day he did emancipate

The bonds of all mankind.

If you have young children, reading picture books like All Different Now: Juneteenth, the First Day of Freedom by Angela Johnson, Freedom’s Gifts by Valerie Wesley, Juneteenth for Mazie by Floyd Cooper, and Juneteenth Jamboree by Carole Boston Weatherford are all great books for children.

Shows like Black-ish on ABC, Insecure on HBO, Raven’s House on Disney Channel, Craig of the Creek on Cartoon Network, and even Lovecraft County all have African American positivity. Some great movies with African American leads are Akeelah and the Bee, Poetic Justice, Miss Juneteenth, Hidden Figures, Black Panther, and Dream Girls to name a few.

Foods that symbolize the resistance and ingenuity of former slaves are red foods. Strawberries, raspberries, red velvet cake, hotdogs, barbeque, and cherry pies are a few red food ideas to include in a Juneteenth meal.

From rhythm and blues to jazz, from rap to hip hop, music by African American musicians can be found in any genre. Listen to some great tunes with your family and have a dance party!

Go to or Host a Juneteenth Party

Juneteenth was first publicly celebrated in church-centered community gatherings; later, it was celebrated with food festivals. Going to or hosting a Juneteenth celebration with your family is a great way to show your community your support.

There are many more inclusive activities you can do to appreciate your adopted child’s culture even after Juneteenth, so don’t hesitate to get creative.

You can plan a trip with your adopted family to visit historic areas that honor African Americans. Some popular sites include:

How Can You Show Your Support to the African American Adoption Community?

Juneteenth is a great day to start showing your support to the African Americans in your home, your community, and the adoption community. Learn about why it took so long for slavery to end and how it’s wrong to treat someone so poorly due to the color of their skin. Even after the abolishment of slavery, African Americans have been treated poorly in the US with segregation, hate crimes, hate groups, racial slurs, police brutality, and biases.

Sadly, even today, African Americans are faced with racism and discrimination. Despite all of this, African Americans still stay strong and value Juneteenth. You can show that you’re an ally to the African American community just by being kind and treating everyone fairly. Set an example for your children and teach them about racism. Above all, if your family is transracial, make every effort to let your family members connect to their culture.

Read About These Adoptees and Why These Adoptive Families Celebrate Juneteenth

Now that you have some history and celebration ideas about Juneteenth, read these powerful and moving stories from adoptees and adoptive families.

“As an adoptee with Caucasian parents, it wasn’t until 2 years ago that I learned about Juneteenth. I wanted to learn even more about it, so I’ve done my research. I’ve never learned about Juneteenth in school, so I had no idea about the true end of slavery. Today, I teach my own kids about Juneteenth and we celebrate by listening to music, reading poetry by Maya Angelou, and by making a soul food meal. I’m very proud and honored to also celebrate this holiday with my family.” —Kandice

“The way we celebrate Juneteenth as an African American family is by reading stories and poetry from African American authors, and by playing music. Our family is very musical and all four of us play instruments from piano, the guitar, the trombone and even the saxophone. We also teach our adopted children about slavery, how far we come as a nation and how far we still have to go.” —Anonymous Adoptive Family

“I’m a 17-year-old African American girl and I’m teaching my Caucasian adoptive parents about Juneteenth. They really didn’t know that Juneteenth was a holiday to be celebrated. They are proud that I helped them learn about things they didn’t know about slavery and why Juneteenth is important. It makes me happy that my adopted parents are taking an interest in my culture and heritage.” —Myra

“We are a tight-knit African American adopted family with five kids all under 8 years old. We celebrate Juneteenth every year, and this year, we are hosting a Juneteenth Jubilee Festival. With COVID restrictions in place, we’ve invited friends, family, neighbors, classmates, and coworkers to celebrate. We’re going to have a Blues band, food trucks, poetry readings, and dancing. I want to give an opportunity for everyone to learn about Juneteenth and to celebrate the African American community. We especially want our kids to be proud of our culture and to celebrate our differences.” —The Whitmore Family

“I’m African American and my husband is Caucasian. In all, we’ve adopted 7 children from 6 months to 12 years old and from various ethnicities. With three African American children, we wanted to be sure that everyone is aware of their culture and where they came from. Juneteenth has provided an opportunity to show our children that adoption is possible because of true freedom and that’s worth celebrating!” —The Banks Family

“Juneteenth has a strong meaning for me as an 18-year-old African American male living in Texas. To read about the stories of what my ancestors went through, not knowing that they could be free, gave me a powerful feeling of both heartbreak and triumph. I’m a big history buff, and I love to teach my other adopted siblings and parents about Juneteenth. I hope to one day teach others not just in my own community, but in the adoption community too.” —Marcus

“I celebrate Juneteenth because despite everything we face as African Americans today, we’re worth celebrating. Our ancestors would be elated to see us cheering on a monumental day. I think of the lives that were lost, and I celebrate the lives we’re pushing hard to live today.” —Tashia

Are you ready to take the next steps on your adoption journey? Visit The Gladney Center for Adoption to learn more. 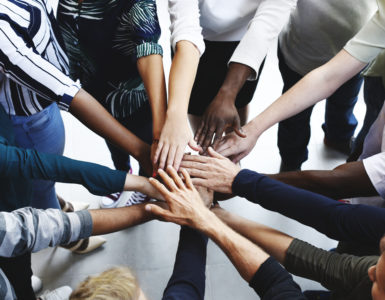 8 Ways to Foster Multiculturalism in Your Home

My Indian daughter is being raised by a Filipina mother and Italian/Irish father and we still have to be purposeful when thinking about diversity and multiculturism in our home. It doesn’t always come naturally, but it... 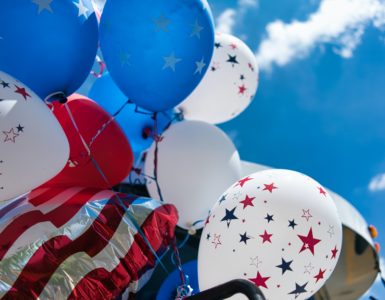 The Fourth of July. Independence Day. A day associated with hot dogs and barbeques, block parties, fireworks, and sparklers. However, as the name “Independence Day” implies, this holiday celebrates the freedoms we have... 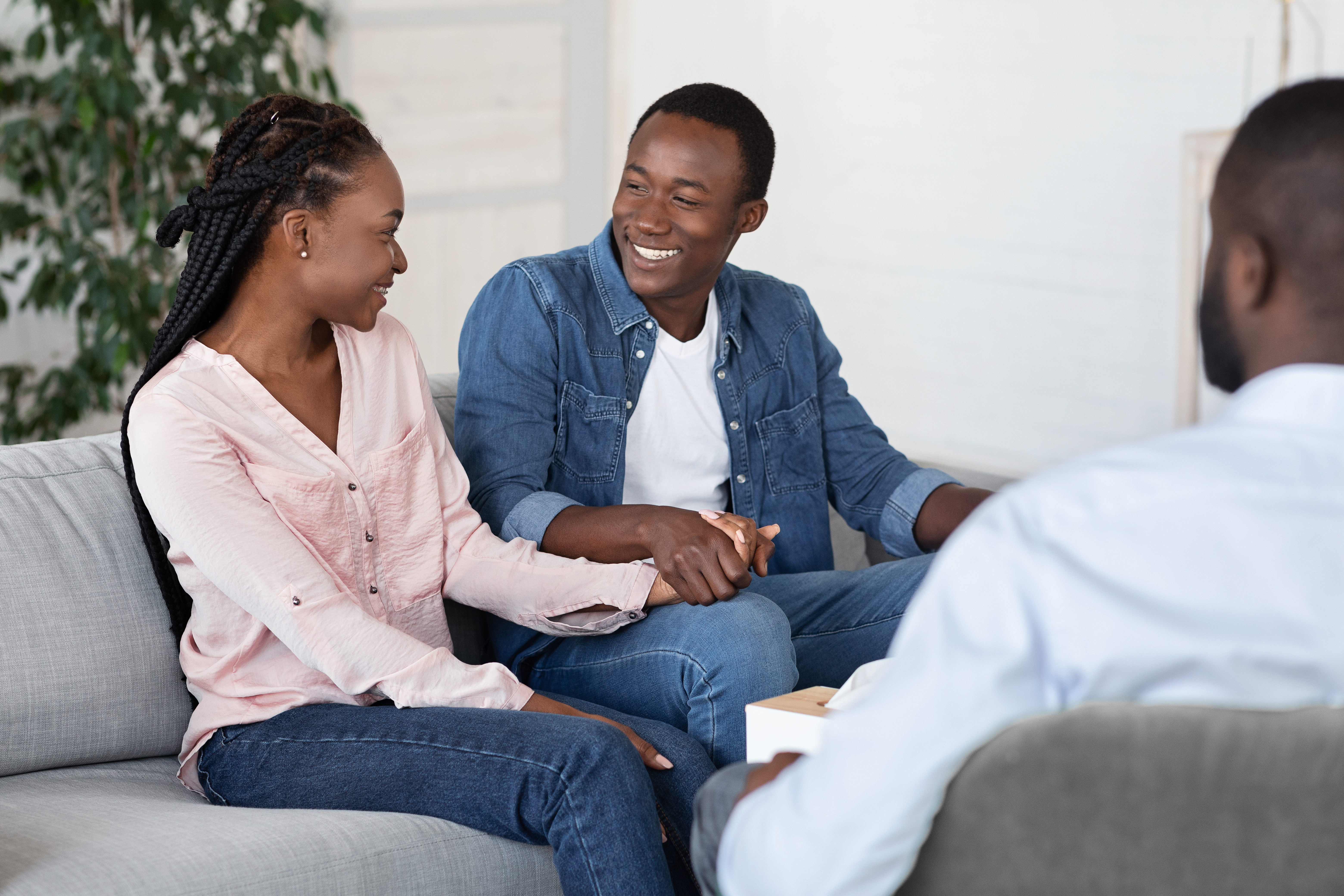 Couples Who Want to Adopt