In 2012, the United Nations General Assembly declared June 1 as Global Day of Parents, a day to honor parents around the world for their “selfless commitment to children and their lifelong sacrifice towards nurturing this relationship.”

In addition to the Global Day of Parents, National Parents’ Day is celebrated in several countries around the world.

Parents’ Day is celebrated annually on May 8 in South Korea. Public events are hosted by the Ministry of Health and Welfare and include awards and celebrations.

Parents’ Day goes back to the 1930s in South Korea, when some Christian communities started celebrating Mother’s Day or Parents’ Day. This tradition was eventually combined with Korea’s Confucian culture to establish an official Mother’s Day. In 1956, the State Council of South Korea decided Mother’s Day would be celebrated each year on May 8.

Discussions regarding Father’s Day followed the establishment of Mother’s Day. In 1973, May 8 was established as Parents’ Day under the Regulations Concerning Various Holidays (Presidential Decree 6615). Originally, the week preceding May 8 was designated as a time to respect elders, but this was abolished in 1997 when October became the designated month to show the elderly respect.

The Democratic Republic of the Congo

On the morning of Parents’ Day in the Democratic Republic of the Congo, people clean up their relatives’ graves at the cemetery, paying their respects to those who have passed away. Later in the day, cards and small gifts are given to parents to honor them.

Who is a Parent?

Who, exactly, are parents? Merriam-Webster defines parent as “one that begets or brings forth offspring,” or “a person who brings up and cares for another.” While these are good basic definitions of a parent, they don’t express the essence of being a parent. There is so much more to being a parent than what these two definitions state.

Everyone has their own opinion on what traits a good parent has. That’s why defining who a parent is can be somewhat challenging.

A parent offers guidance and support. A parent offers advice and guidance throughout a child’s life. This guidance may include how to follow social norms, how to treat other people, how to behave appropriately in various situations, and how to be good parents to their own children. A parent also provides guidance through their example, showing their children the way to do things or handle situations. A parent also supports their children and their decisions, even when they do not agree with them.

A parent teaches their kids good communication skills. A good parent will teach their kids to be honest, to express their feelings in constructive ways, to set appropriate boundaries, to disagree respectfully, and to listen to others. Open, honest communication between parents and children sets kids up for having good relationships with other people in their lives.

Good parents admit when they make mistakes. Admitting when you’ve made a mistake or were wrong about something will help you teach your kids to be responsible.

Parents also discipline their children effectively. Discipline is not the same as punishment. Setting reasonable consequences for your child’s actions and explaining why your child’s behavior wasn’t acceptable helps kids grow into responsible adults. Children are actually happier when they have consistent and reasonable rules.

In my opinion, a parent always puts their child’s needs ahead of their own, makes sacrifices for their children, and delights in their children’s achievements. Parents comfort their kids when they have nightmares, watch their favorite movie with them, even though they’ve seen it 100 times already, and forgo an evening out to stay at home when their child gets sick.

There are many types of parents.

Stepparents: A stepparent is the spouse of a child’s biological parent.

Foster Parents: Foster parents offer kids a temporary home. Kids might stay with foster parents for weeks, months, or even years—the length of time is determined by when they can either return to their biological family or are adopted. Some foster parents choose to become adoptive parents. Foster parents do not have legal rights for the children they are temporarily caring for.

Pet Parents: A pet parent is someone who is responsible for and takes care of a pet, such as a dog, cat, bird, gerbil, turtle, lizard, fish, iguana, snake, or rabbit.

Parental Figures: A parental figure is someone that has the qualities of a mother or father in a person’s life. Parental figures are not responsible for caring for the child but may offer love, support, advice, and encouragement.

When I was in college, I had a maternal figure in my life. She was a woman I had befriended in a support group. She was there for me during my struggles and celebrated my victories. She was someone I trusted, and I valued her opinions and advice. She was a wonderful friend and mother figure to me.

No matter what type of parents you have in your life, there are many things you can do to honor them on the Global Day of Parents.

Do your parents like to watch movies? My dad does. We used to watch a lot of movies together. If I lived closer to him, I’d watch his favorite movie with him on Global Day of Parents.

Here are a few movies about families you might consider watching with your parents.

Cheaper by the Dozen: Cheaper by the Dozen is a wonderful family film. The Bakers are a family of 14. They move from their small town in Illinois to the big city when Tom Baker lands his dream job, coaching the football team at his alma mater. Meanwhile, his wife also achieves her dream of having a book published. While she’s on tour promoting the book, Tom struggles to juggle caring for his kids and home and coaching his football team.

Finding Nemo: Finding Nemo is about a father’s struggle to raise his son on his own. When Nemo is netted and taken to a dentist’s office, his father will stop at nothing to find his son and bring him back home.

Mrs. Doubtfire: After Daniel Hillard throws a disastrous birthday party for his son, his wife, Miranda, decides it’s time for a divorce. Daniel can only see his kids once a week, which makes him very unhappy. When he sees Miranda put out an ad for a nanny, he disguises himself as a British woman named Mrs. Doubtfire to spend more time with his children.

You can either bring your parents a bouquet of flowers or have a bouquet delivered to them. When I was growing up, we visited my maternal grandparents nearly every week. Oftentimes, we would stop along the way and pick up a bouquet of flowers for our grandmother. It was just a small gesture to show her we were thinking of her.

Alternatively, you can purchase some seeds or flowers and plant them in your parents’ yard. If you get perennials, the flowers will bloom year after year.

Carnations are a popular choice to give to parents on Parents’ Day around the world.

Make a point of spending some quality time with your parents. What do your parents enjoy doing? Do they like to cook, shop at antique stores, go for walks, go on bike rides, or garden? Why not spend some time with them doing something they really enjoy?

Alternatively, you could just go visit your parents and have a nice chat with them. The summer before I moved out of state for graduate school, my paternal grandmother and I would sit out on her porch swing every day. Whether we were having a nice chat or just swinging in silence enjoying each other’s company, these are memories I will cherish for a lifetime, and I’m sure she did as well.

If you don’t live near your parents, give them a call on Parents’ Day to let them know you’re thinking about them. Spending a little quality time with your parents or parental figures in your life will mean the world to them.

Are you good with words? Write your parents a heartfelt letter or a poem. If you have a good singing voice, you could sing them a song. Take some photos of yourself, your kids, or other meaningful things, and put a scrapbook together for them.

My sister always has wonderfully creative gift ideas. One year, she put a puzzle together of an old car my dad really likes, sealed it with puzzle glue, framed it, and gave it to him. When she was a child, my sister gave my dad a brick with her footprint on it. So, another year as an adult, she put her adult footprint on another brick and gave it to our dad.

Global Day of Parents is an opportune time to show your parents how much you love and appreciate them for all that they do for you. No matter what you do to honor and celebrate your parents on this day, make sure your gesture is heartfelt. Your parents will truly appreciate any heartfelt gesture you make to thank them for all of their contributions to your life.

Are you considering adoption and want to give your child the best life possible? Let us help you find an adoptive family that you love. Visit Adoption.org or call 1-800-ADOPT-98.

Sierra Koester is an award-winning freelance writer and professional blogger. She earned her BA in Psychology in 2004 and has worked with several nonprofit agencies. She began her writing career in 2006 and has written extensively in the areas of health, psychology, and pets. Sierra advocates for the adoption of children as well as homeless animals. When she isn't writing, you can find Sierra with her nose in a book or hanging out with her two kitties, Carmine, a wise old orange tabby Sierra adopted when he was a kitten, and Tylan, a cat whom Sierra adopted after he was rescued from a hoarding situation in Thailand. You can learn more about Sierra by visiting http://www.sierrakoester.blogspot.com. 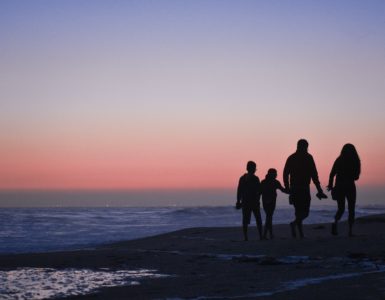 Ahem *steps on soapbox* I have gathered you here today to discuss one of my biggest, major peeves. Let me start by telling you I love animals. Young me thought she was going to be a veterinarian, zoologist, or marine... 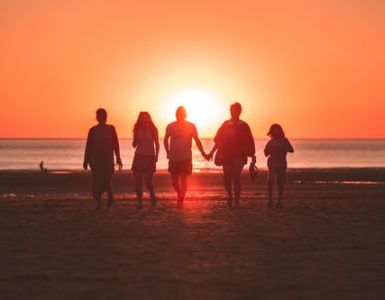