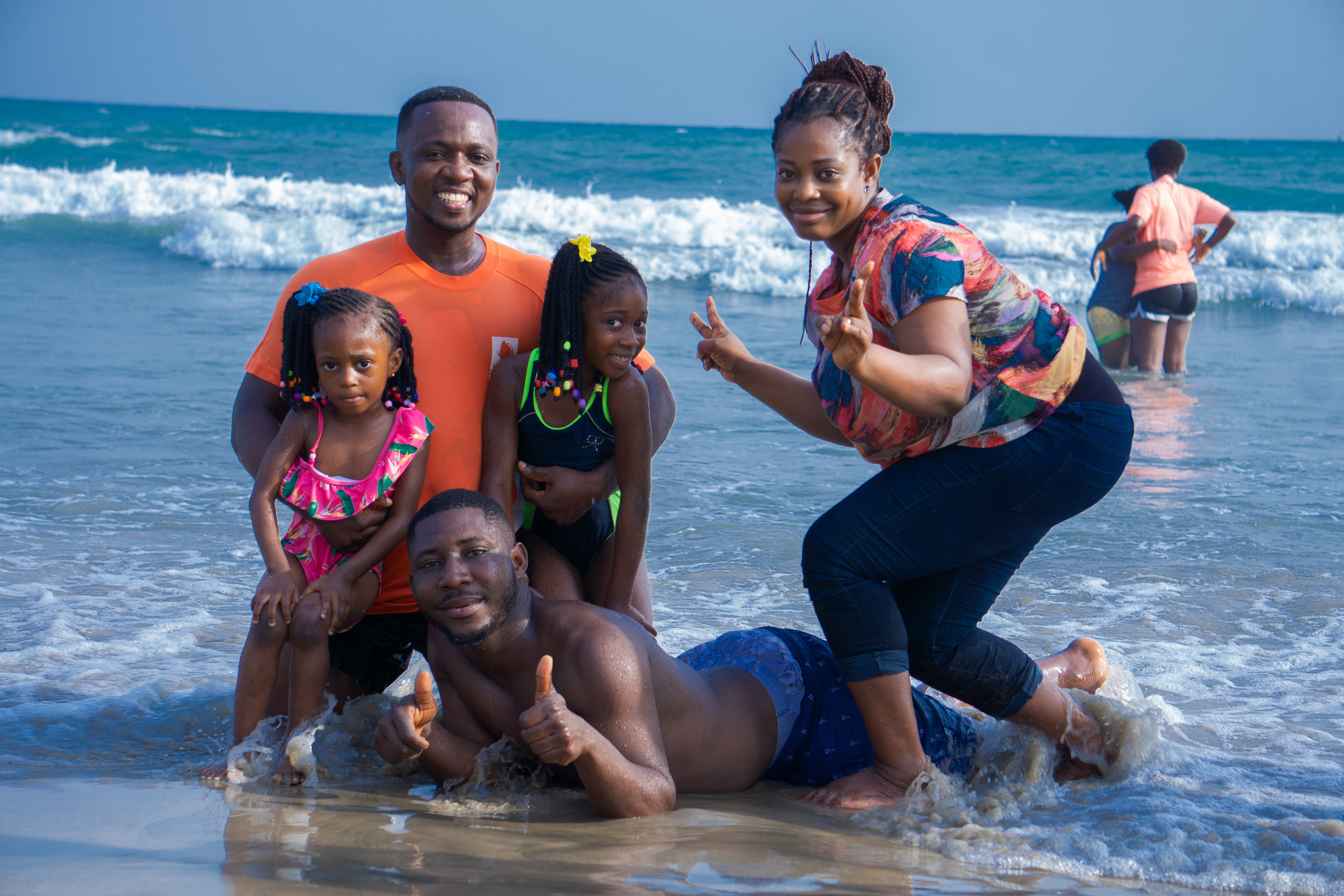 Choosing Adoption When You Already Have Kids

Adoption is a terrific way to expand your family. I wouldn’t have mine if we hadn’t had adoption as a choice. All of our kids are adopted. If you’re wondering what it looks like to choose adoption when you already have kids, look no further. We had only finalized the adoption of our first sibling group six months prior when we began to think about the possibility of either fostering or adopting again. Eventually, we settled on adoption only because our kids had already had a fairly traumatic experience involving foster care. We didn’t think they would be okay with the revolving door of foster care. We were especially concerned for our youngest who was then two. Maybe she wouldn’t understand why friends left and never came back. We were unprepared for just how much she actually understood.

When we got closer to making decisions about how our family would move forward we posed the question to our older boys, then 11 and 12. We shared with them that there were other kids like them who were either in abusive situations or didn’t have families to care for them. Since they were our kids first, we told them (and meant it) that they got some say in us bringing any more kids into the house. We explained that while our hearts made it possible to love them and others, we would be okay knowing they weren’t okay with it and we wouldn’t move forward with any plans. Basically, we decided that big decisions would be made as a family and everyone got a say. My big guy’s response actually floored me.

He gasped and said, “Wait. Other kids need families? Other kids are abused like we were? Let’s bring them all in here.” Our younger son nodded in agreement.

My husband and I looked at each other and raised our eyebrows. “Are you guys sure? It could be really difficult. You remember how hard it was for you when you first came here.”

“No. Dad, we can help them!”  And so began our journey into adopting a second time. We were open to whoever God led to our doorstep. Our youngest was convinced she was going to get two sisters. She was insistent. Two sisters. It all came out one day when she was avoiding a nap.

“Mama, where my two sisters?”

“Oh baby, you don’t have two sisters. You have two brothers. Boys are brothers.” “NO Mama. Not dem. Where my two sisters go?”

“Sweet girl, you don’t have two sisters. You have two brothers.”

“No. I have two sisters. Jesus told me. Dey coming soon.” Hand to heart.

I was fairly certain I was going to pass out. I didn’t press it. Maybe she overheard her brothers talking and became confused? I let it go for six months. We had been matched with a sibling group but moved forward slowly because of a difficult situation.  In the interim, we became an emergency placement for two little girls, a four-year-old and a two-year-old.

I asked my daughter, “Hey baby, are these your two sisters?”

Again, I sorta passed it over because she was two and feeling jealous about the attention the other girls were getting. Anyway, the girls left about a week later. My daughter was not sad to see them go. Not a week later, they contacted us saying we were selected as an adoptive home for our two daughters. Six months later we ended up adopting them. My girl has her two sisters. She knew it the moment they walked in the door. She ran to them and hugged them. My new little girls were tiny and scared. My sweet daughter grabbed the other two-year-old’s hand, dragged her bodily to her room, and showed her around. The four-year-old held my hand and looked at me wide-eyed. She very quickly settled in and the three became inseparable three musketeers.

My new two-year-old was nonverbal. She didn’t talk at all when she came to us. She and my other girl spent a few hours together and were soon babbling in their own language. Two weeks later and she was talking up a storm. Three years later and she doesn’t like to be quiet. The youngest two still share a secret language. It is like they were twins separated at birth. They hold hands, cuddle on the couch, and share everything (most of the time).  My older daughter is happy to get to be a kid and not a tiny mama to her sister and is oh so happy to sit and read in silence.

Why am I telling you all of this? Some people will tell you that you shouldn’t adopt if you already have kids unless you are adopting a baby. That eliminates thousands of kids who need a family. It is not to say we didn’t have difficulties. My kid all struggle with anger management. Partially because of their traumas and partially because they are children who don’t always get along. It is not usually all sunshine and roses but those days when it is are magical. The days where they play dress up and the big boys pretend to be knights or Jedi to their princesses and … other Jedi.  They bounce on the trampoline and create games together. They are an inseparable tribe of kids who wouldn’t have each other if we hadn’t said yes to adoption a second time.

We could have said no. Our lives, in many ways, would have been easier if we hadn’t decided to adopt again. Heck, our lives would have been easier in many ways if we never agreed to foster or adopt in the first place. Some days, lacking days of sleep, staring down mountains of dirty dishes, laundry, and house cleaning, I start to imagine the what-ifs. Though our lives would be different, I’m confident it wouldn’t be better. I have learned so much by the joining of our families together to make one. My youngest daughters would not be who they are without each other. There is a good chance my middle daughter would not be speaking at six if she hadn’t come to us when she was two and had a best buddy to pull her along.

Pursuing adoption while we already had kids has been an incredible journey from a family of five to a family of seven. I recommend it highly if you think it is something everyone in your family can handle. If my original three had said no or raised a fuss, there is a very good chance we would have pumped the brakes. All of my kids struggle at times with attachment and the idea of further dividing my attention was daunting. However, somehow we make it work. Well, specifically we feel like God helps make it work. While I don’t subscribe to the idea that I am the best and most appropriate mom for my kids (that would have been bio mom’s job could she have handled it), I do feel like they were brought to me for a reason.

For us, choosing adoption when we already have kids has been a tremendous blessing. Our kids have each other to play, learn, and grow with. I can’t imagine my life any other way. We are a chaotic, loud, rowdy, busy bunch. We spend more on groceries for a week than my husband and I did for a month when it was just us. There is always a mess somewhere. There is usually fighting over something inane. I’m often being asked for a snack, game, screen time, or help with something. It is practically nonstop. I’m convinced that no matter how busy or overwhelming my life gets, it is better for these kids to have a mom and dad that love them than for them to have been bounced around in foster care for any longer than they already were.

So, if you want to choose adoption when you already have kids, consider the following:

Those are just some things to think about. I do reserve the right to make big decisions without the input of all of the small people but I do like to give them the option to weigh in when stuff comes along. If I had, for instance, gotten miraculously pregnant, I would in no uncertain terms make the children aware that they had a new sibling coming and they had no say whatsoever in the matter.

However, adoption is a whole thing on its own. The kids had to invite caseworkers back into their lives, get interviewed for an updated home study, and agree to not play on their beloved trampoline until our adoption was finalized. The baby had to share a room, my lap, and her toys with her new sisters. She was mostly okay with that but there are still days when there are fights about whose toy is whose and who wore someone else’s favorite dress.

It has been a difficult journey. I wouldn’t trade it for the world. Our lives would be different but not better. I think things would probably be boring, honestly. Choosing adoption when you already have kids can be an amazing, incredible gift. Our kids are truly family and are thankful for one another. I’m glad that we all were able to agree to say yes to adopt a second time. My youngest is adamant though that we have enough kids now. She doesn’t want a younger brother or sister and she doesn’t want any more older brothers or sisters. She would like a few puppies but I told her she was out of luck there. 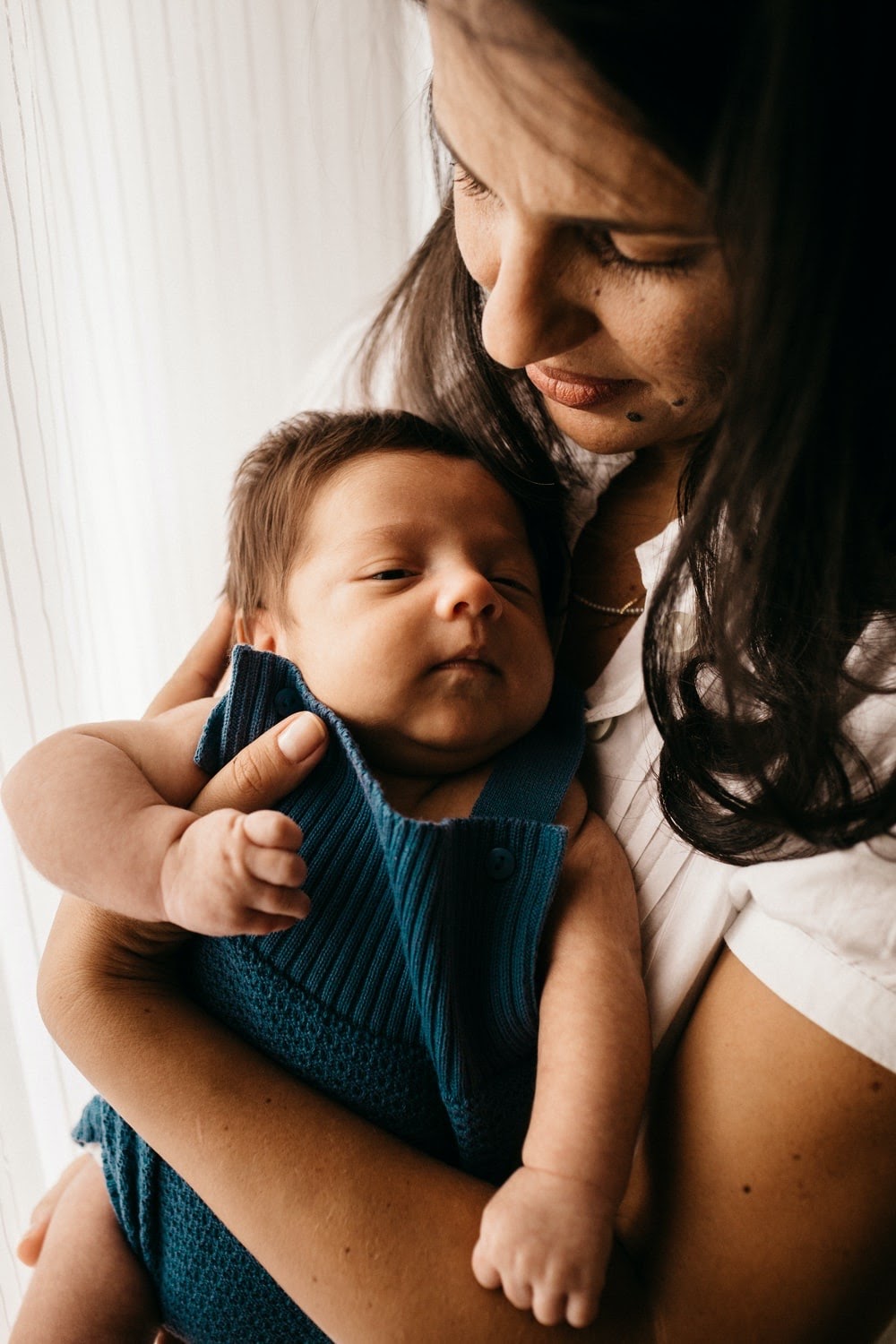 Why an Adoption-Aware Pediatrician Matters

As part of our own personal agency’s suggested to-dos before bringing our newly adopted child home, they suggested that we find a pediatrician and chat with them while we were waiting for court. Since we found a... 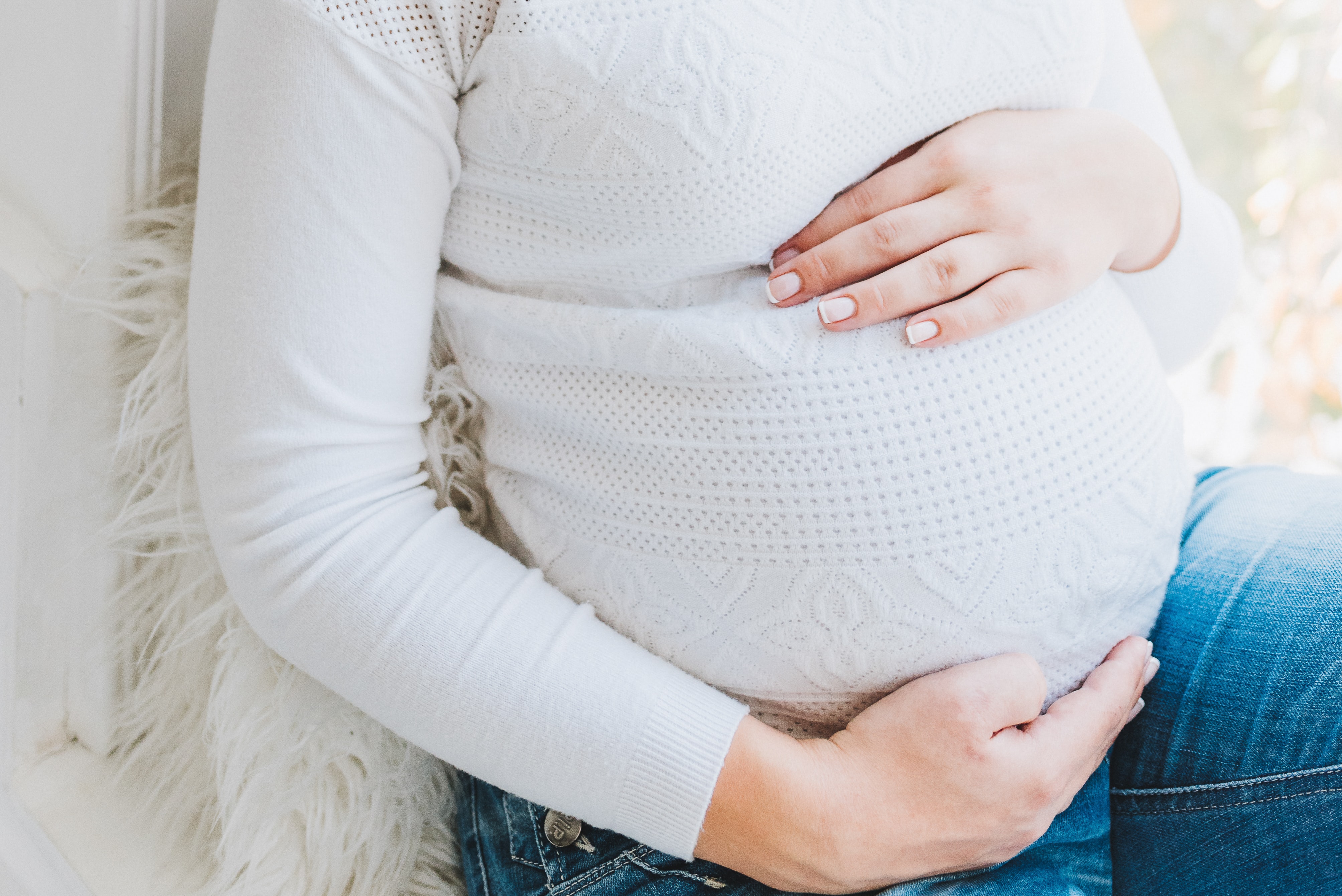 Finding out you are pregnant when it is unexpected can be quite a shock. Sometimes, a wonderful, blissful shock. Other times, a scary, terrifying shock. The truth is, no reaction to an unexpected pregnancy is right or... 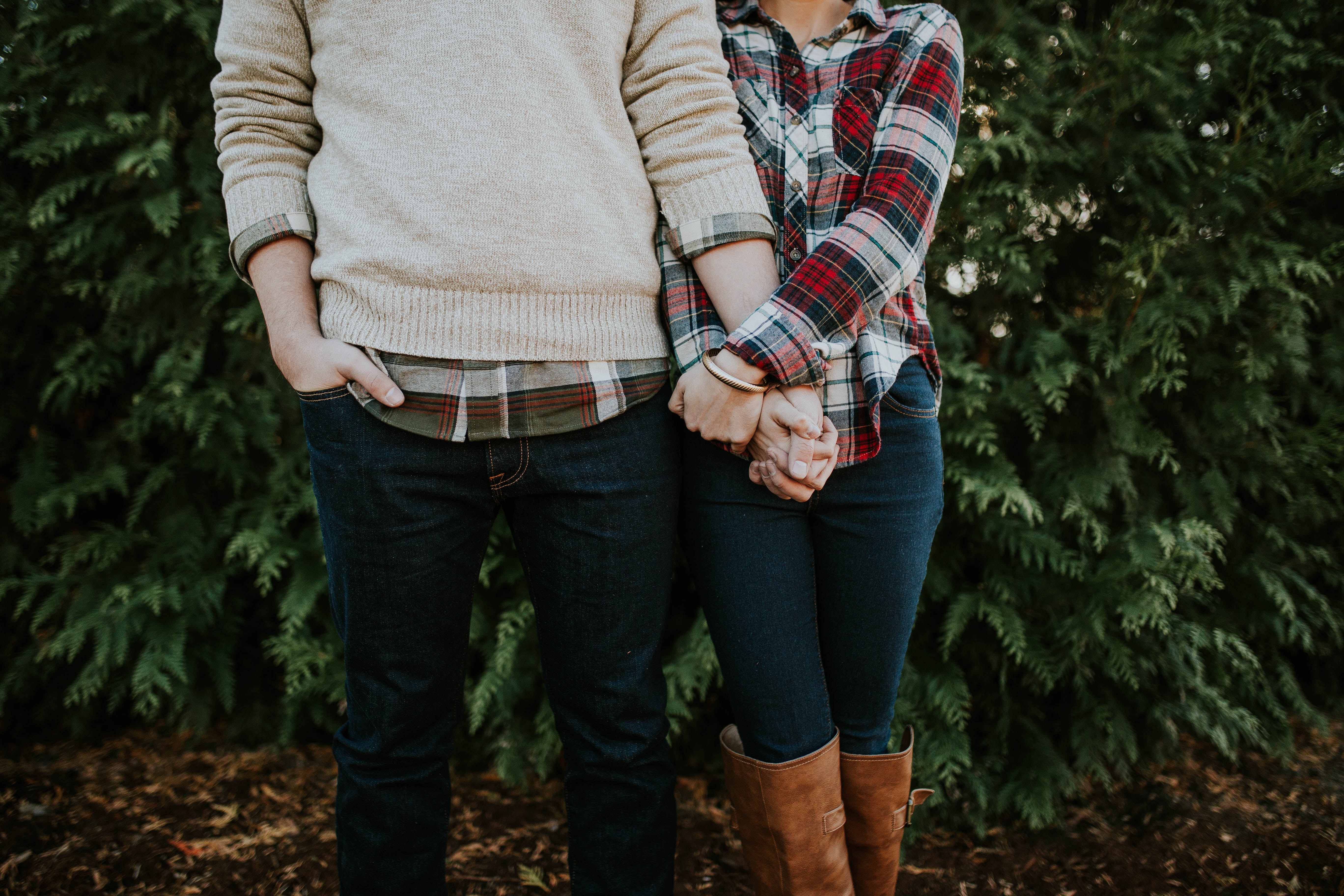 As you face an unexpected pregnancy, you may be aware of the endless, monumental decisions that lay in front of you. It may be overwhelming, but take your time as you come to the decisions that work best for you and the...