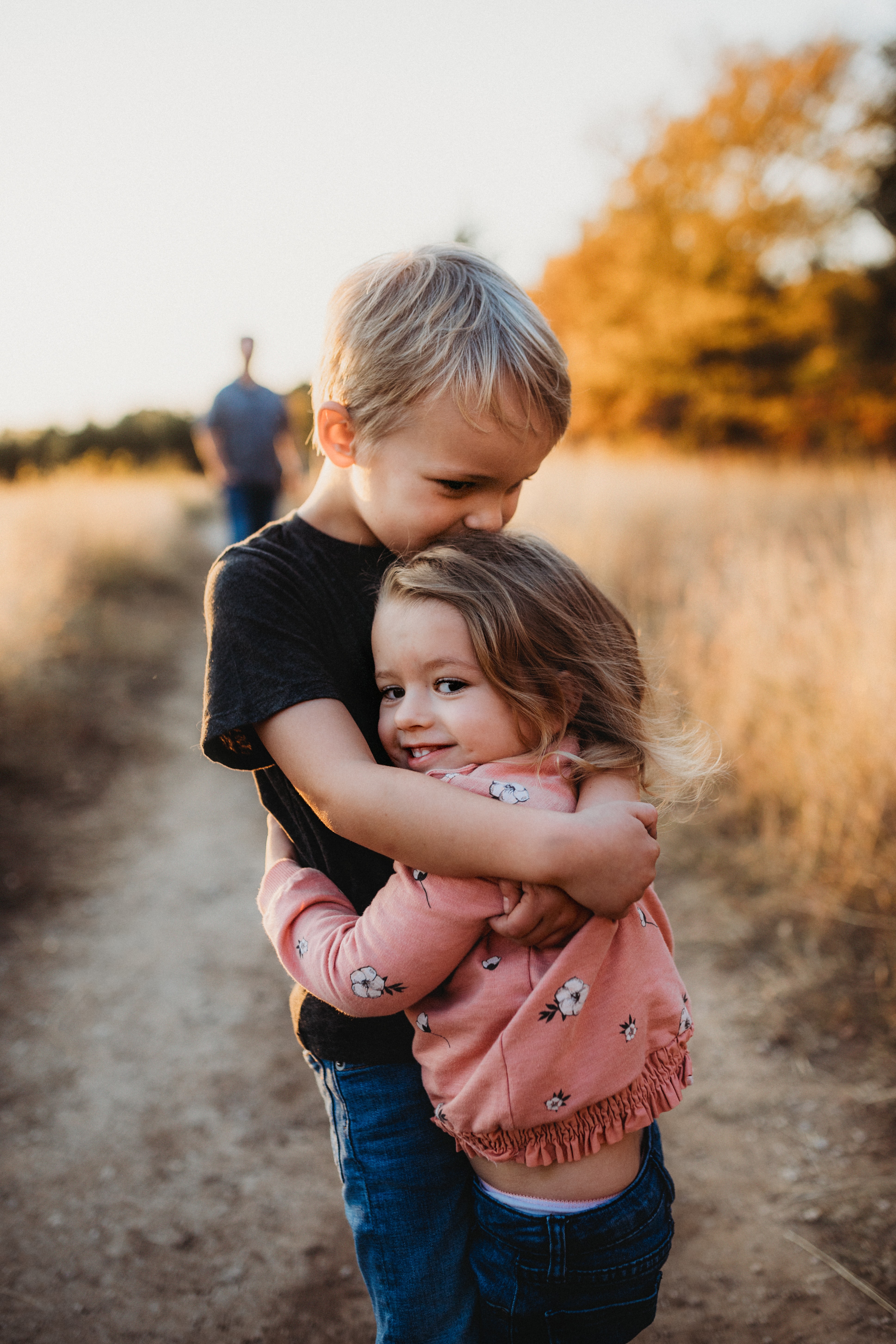 Open and Closed Adoption: How Does It Affect The Adoptee?

In her Adoption.org article, author Lita Jordan has this to say, “Open adoption allows for the family unit to remain connected even in the midst of transition. Open adoption has become popular as it is seen as a solution. That prevents entire families from being torn apart based on one choice. It allows children to maintain connection with their identity, have resources for which to turn to for biological parts of their identity, and provide a connection for any health concerns that may arise.

“Open adoption is popular because adoption professionals are finally realizing that adoption can be so much more. There is so much to be said about the ethics of allowing a child to maintain their biological identity while integrating into a new family based on whatever need caused the placement. If open adoption allows for the adoptee to have more love and less loss, there is no doubt about the reason for the popularity and rise of open adoption.”

Since research in the 1970s suggested open adoption was better for adoptees, it slowly became more common but was oftentimes considered to be risky. Adopting families had many concerns as to the benefits for adoptees and adoptive families in general. The birth family, more specifically the birth mother, was often not considered to have a role in the life of an adopted child after finalization. However, by the early 1990s, open adoptions were being offered by a majority of American adoption agencies. That trend has held strong since with overwhelming evidence proving that open adoption can not only affect the adoptee in a positive way, but also the birth and adoptive families.

Adoptive family and birth family aside, the key question remains how does it affect the adoptee? After all, the goal for adoption should always be what is in the best interest of the child.

The consensus today across most channels is that open adoption yields more benefits for all parties involved than closed. However, it’s still important to remember that while this may be true in most cases, it is not true for all.

Choosing an open or closed adoption is just one question among many that you’ll face in the adoption process, but possibly among the most important.

Author and birth mom Leslie Bolin shares, “When entered into with love, adoption can be advantageous to everyone involved. Birth parents can rest assured that their child will be well provided for as they watch them grow and thrive in a stable, nurturing home. Adoptive parents can bring a child into their homes and their hearts, confident that their child may not have to face the doubts and uncertainty that typically come with closed adoptions. Children who have been adopted can grow up surrounded by love and support from all sides. Keep an open mind and consider open adoption.”

What is open adoption and how is it different than closed adoption?

With open adoption, the adoptive parents typically get to meet and stay in touch with the birth parents. Each open adoption is unique and the amount of agreed-upon interaction between adoptive parents and birth parents will vary. How comfortable all of the parties are with the process and circumstances will play into the adoption’s openness. Parents will need to consider how the level of openness will affect the adoptee.

Typically, the birth parents and adoptive parents will meet and communicate throughout the pregnancy. Often, adoptive parents can witness their child’s birth. Some families will stay in touch through their adoption agency, especially on important occasions like holidays and birthdays. Other families become and remain friends.

Closed adoption means what it says: no contact whatsoever between the birth family and the adoptive parents or adopted child after the adoption has taken place. With a closed adoption, there also may be no contact ahead of the adoption. These days, closed domestic adoptions are rare, while still very common with international adoption. Early on, a waiting adoptive family placed their name on a list and waited for the social worker to make a match. Details like where the child came from or anything about their birth family were not disclosed to the adoptive parents. In some cases, an adopted child might not have even been made aware until much later that they entered a family via adoption.

In cases where adoptive and birth families did know each other, it was still common for them not to stay in touch after the adoption was finalized.

Within a closed adoption, an adoptee often will not know who their birth parents are at least until turning 18 years of age. Closed adoption means that legal and social files are usually physically sealed. Still, most states have created procedures where family members seeking to open a closed adoption may be granted access to information about the other parties involved. The process and amount of access vary by state.

Pros of open adoption for the adoptee

Open adoption has proven to be beneficial for those at the very center of the adoption – the adoptees. Research has shown that adoptees who have ongoing contact with their birth parents feel more satisfied with their adoptions than those without contact.

For example, according to Childwelfare.gov, some of the benefits of open adoption can include:

Open adoption can remove the mystery from the adoption process for adoptees, birth parents, and adoptive parents, allowing a greater degree of control in the decision-making process.

Having an open adoption also enables adoptive parents to better answer their children’s questions about their birth parents and the reason for their adoption plan.

Adoptee Juliana Whitney shares that “living in an open adoption allowed her to find answers to questions that she would never have found in a closed adoption such as: Why was I placed? Did my birth parents love me? Why did they choose adoptive parents?” Juliana goes on to discuss the ups and downs of living in an open adoption setting, defining her open adoption experience as, “having the ability to ask your birth parents the questions that adoptees in closed adoptions rarely get answered. It means never wondering if you were given up because your birth parents didn’t love you or didn’t want you. It means being able to develop a thorough understanding of how and why you wound up somewhere other than in a home with your biological parents.”

Open adoption has been shown to help adoptees come to terms with being adopted because children’s worries and concerns can be addressed by everyone directly involved in the adoption process. Author Emily Perez explains, “The adoptee will know that you didn’t ‘put them up for adoption’ or ‘abandoned them,’ but rather chosen for and by their forever family.”

Cons of open adoption on adoptees:

Having an open adoption may not always work out as hoped or expected, according to the American Pregnancy Association with possible issues including:

From an adoptive parent standpoint, some parents may find the proposed degree of openness threatening. They may worry that the birth parents will intrude upon their lives after the adoption has been finalized. Others may be concerned that birth parents may even want to have the child returned to them at some point. Adoptive parents may also worry that the adopted child will feel confused about who their “real” parents are. These concerns can be legitimate and will present themselves if the parents wonder, for the child’s best interest, how open adoption will affect the adoptee.

Writer and adoptee Ashley Fetters discusses Vanessa McGrady’s story, Rock Needs River, of her experience as an adoptive mom inviting her daughter’s biological parents into their home. She included the stressful, painful, and psychological consequences that followed to all involved, including adoptee Grace. Clearly, the openness of the adoption has a huge capacity to affect the adoptee.

Pros of closed adoption for the adoptee

While it’s becoming less normal to have a closed adoption, at least in the United States, it still happens in some cases and for good reason.

In her Adopting.org article, author Jennifer Kaldwell points out that “Birth parents may prefer closed adoption if they are feeling emotionally fragile. Having the adoption closed may allow them to move past the event and not dwell on it. Not all birth parents are able to mentally process an ongoing relationship with a child that they have placed for adoption.”

Kaldwell cites severe instances that may influence a birth parent to favor closed adoption not just for themselves, but in the interest of their biological child. These include cases where the child is the result of an abusive relationship or if the child was conceived when the birth mother was raped, if one parent is incarcerated or facing criminal charges, or if they do not wish to share their choice of placing a child for adoption with friends or family who do not approve of the decision. Information such as this, readily available in an open adoption, could affect the adoptee adversely.

Cons of a closed adoption for an adoptee

Both types of adoption, open and closed can have benefits and challenges to an adoptee. And while most research and statistics, as well as feedback from adoptees themselves, indicate that open adoption offers more pros than cons. It’s important for those making decisions to take the time to research how either type can affect the adoptee before making a choice that will last a lifetime.

Sue Kuligowski is a staff storyteller at Adoption.com. The mother of two girls through adoption, she is a proposal coordinator, freelance writer/editor, and an adoption advocate. When she's not writing or editing, she can be found supervising sometimes successful glow-in-the-dark experiments, chasing down snails in the backyard, and attempting to make sure her girls are eating more vegetables than candy. 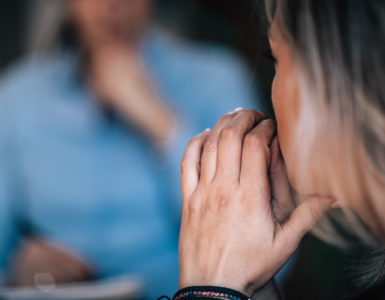 Is It Okay to Go to Therapy?

Therapy. This word may bring up many emotions. I know because this word brings so much up for me and my family. See, I earn my living as a clinician, my family is engaged in therapy due to trauma, and I have struggled... 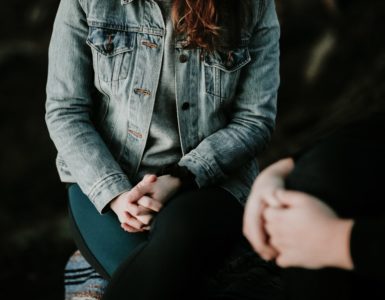 PTSD: Dealing With The Aftermath of Adoption

“‘Adopt,’ they said. ‘It’ll be fun,’ they said!” I clasped my head in my hands as my body shook with crazed angry laughter. “What they didn’t say was, ‘Oh, by the way, that sweet little child might rage out... 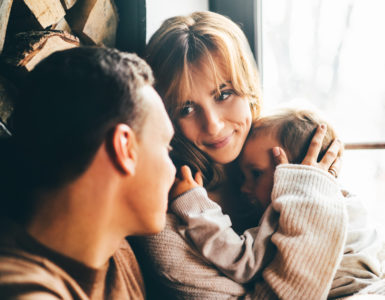 International Adoption: Our Experience in Our Adoptee’s Country

Our son, now home for almost 5 years, was born in a small Eastern European country called Bulgaria. At the beginning of our process, when our social worker presented Bulgaria as a possible country that met a lot of our...