If you adopted a child last year, or you’re currently in the process of adopting, you’re probably aware of how expensive adoption can be. Between filing paperwork, taking required classes, purchasing necessary supplies and so on, the tab adds up quickly. In fact, the United States Department of Health and Human Services estimates an adoption can cost upwards of $40,000, depending on the type of adoption.

The good news is, the United States government is sympathetic to these expenses and has created an adoption credit on U.S. tax filings. The tax code has included adoption credit since 1997. (It was a tax deduction from 1981 to 1996, which works slightly differently than a credit.) On 2018 tax filings, Americans claimed a total of about $400 million in adoption credit.

The Internal Revenue Service explains that adoption tax credit covers “qualified adoption expenses paid to adopt an eligible child.” According to 2019 tax code, the adoption credit maximum is $14,080 per child. The maximum adjusts each year for inflation.

“Qualified adoption expenses” comprise a number of items such as reasonable and necessary adoption fees, court and attorney fees, and travel expenses (including lodging and meals). The IRS clarifies that expenses can count as “qualified” even before an eligible child has been identified, such as the cost of a home study for prospective adoptive parents. An “eligible child” is defined as anyone who is under age 18 or is incapable of taking care of him or herself―however, it does not include the child of a spouse, unless that spouse is the same gender.

The adoption credit is dependent on how much you spent in total on your adoption. For example, if you spent $10,000 total, you are only eligible for that amount in tax credit. The singular exception to this rule is a special needs adoption. If your county or state welfare agency has determined your adopted child has special needs, you may claim the full $14,080, even if you spent less than that on adoption expenses. Note that the IRS definition of “special needs” is different from the medical one; it basically denotes a child who is difficult to place for a number of reasons.

The IRS does not require an itemized tabulation of adoption expenses when you file for adoption credit, but it’s a good idea to track your expenses anyway in case you are ever audited.

Another  factor that determines possible adoption credit is your tax liability. If you qualify for the full amount of $14,080 but only owe $10,000 to the IRS in taxes, you are only eligible for $10,000 in tax credit. However, the remainder can be carried over to the next year’s taxes for up to five years.

You will need a number of forms to claim adoption credit on your taxes.

If you still have questions about how to use adoption tax credit, take a look at these fictional examples.

Fred and Tina adopted 5-year-old Thomas last year. From start to finish, their adoption cost $13,068. They are married, filing jointly, and their total combined income last year was $126,964. They owe $8,058 in federal taxes this year.

To calculate how Fred and Tina can benefit from adoption credit, let’s answer a few questions.

We’ll walk through the same questions we answered for Fred and Tina.

Sara may claim $14,080 for each child she adopted for a total of $28,160. Although she spent slightly more than that on adoption expenses, her adoption credit is capped at the maximum.

Let’s start with the first question.

No. Their total income is more than $251,160, so they are not eligible for any adoption credit.

At this point, David and Helen do not need to answer any more questions. Although their international adoption was notably very expensive, the IRS has ruled that their income bracket makes them ineligible for a tax credit.

Luther married Lauren last year and adopted her biological son, Curtis. It cost him $4,685 to complete the adoption. Luther’s taxable income was $83,504. He owes $392 in federal taxes.

No, but it isn’t because of his income. Stepparent adoption is not eligible for adoption tax credit.

Yes. Because Juan and Frank are a homosexual couple, Juan can get adoption credit for a stepparent adoption. He is also claiming less than $211,160, so he is eligible for up to the total adoption credit of $14,080.

Although his income qualifies him for up to the maximum amount, Juan only spent $11,596 on Sky’s adoption, so he cannot claim more than that in adoption credit.

Julia and Trevor are not married but are co-parenting Trevor’s biological son, Scott. Julia completed her adoption of Scott last year and would like to file for adoption credit. She spent $6,359 on the adoption process and is claiming $215,943 in income last year. She owes $9,038 in federal taxes.

Yes. Although Scott is Trevor’s biological son, this does not qualify as stepparent adoption because Julia and Trevor are not married.

Julia can’t qualify for the full amount of $14,080 because she makes more than $211,160. Tax form 8839 includes a worksheet to help her determine exactly how much she qualifies for, and a tax professional can aid her in filling that out. Exactly how much Julia can claim depends on the calculations done on the 8839, but we know she can’t claim more than $6,359 because that’s all she spent on the adoption.

Julia will need to determine the total amount she is qualified for based on her income. Assuming she is eligible for the total amount she spent ($6,359), Julia may claim that amount of adoption credit and deduct it from the total she owes in federal taxes, bringing her tax liability to $2,679.

Norman adopted his 9-year-old daughter, Wren, last year. The state of Colorado, where Norman and Wren live, ruled that Wren is considered “special needs” because her circumstances made her difficult to place for adoption. It cost Norman $8,481 to adopt Wren. He is claiming $47,830 in income last year and owes $563 in federal taxes.

Yes. Since he made less than $251,160 last year, he is eligible for adoption credit.

Normally, he would only be allowed to claim what he spent, which is $8,481. However, since Wren has been determined to have special needs, Norman may claim the maximum amount of $14,080.

These scenarios are completely fictitious, but they address a number of real factors you may encounter as you determine your own eligibility for adoption credit.

While I am not an expert on this legal intricacy, I think tax law is interesting. I’ve been completing my own taxes since I was 17, and I usually file them as soon as I get my W-2 each year. But that doesn’t make me a pro. For the most accurate answers, consult a tax professional about your individual situation.

The United States created the adoption credit to encourage folks to adopt children. If you’re able to take advantage of that benefit, great! But if for a number of possible reasons you may not qualify, that’s okay too! If that is the case, I hope it doesn’t discourage you from following through with your desire to adopt. There are lots of ways to pay for adoption other than adoption tax credit.

If you have applied for adoption credit before, what was the process like for you? Were you able to navigate the forms by yourself or did you hire a professional? Did it take any additional time to file your taxes? Please share your experience in the comments.

Leah Ward is a reporter at southwest Minnesota's regional newspaper. With her academic background in professional writing, she has found a journalism niche in local crime, education and politics. Outside the newsroom, Leah enjoys embracing community events like lutefisk suppers and donkey basketball, as well as exploring state parks with her camera. She often spends weekends at her parents' home helping foster infants. 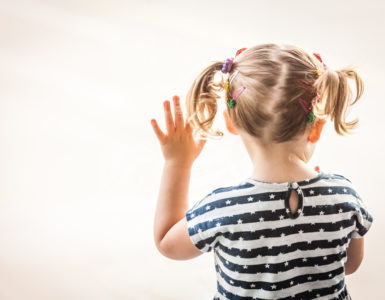 “However motherhood comes to you, it’s a miracle” – Valerie Harper According to the Congressional Coalition on Adoption Institute, there are over 125,000 children who are eligible for adoption. Some of those wait an... 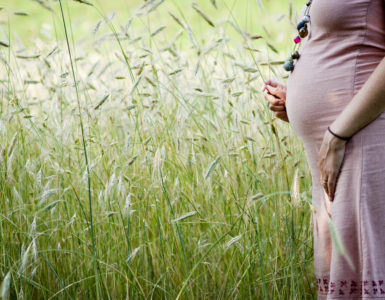 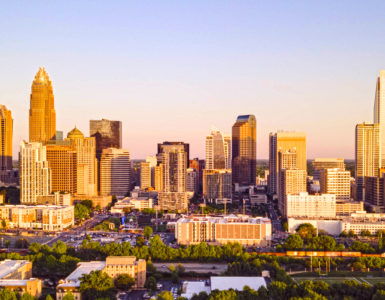 Are you a pregnant resident of North Carolina who is considering adoption for your child? Are you wondering what this process might look like? Are you having trouble finding resources about adoption in NC? If so, you...