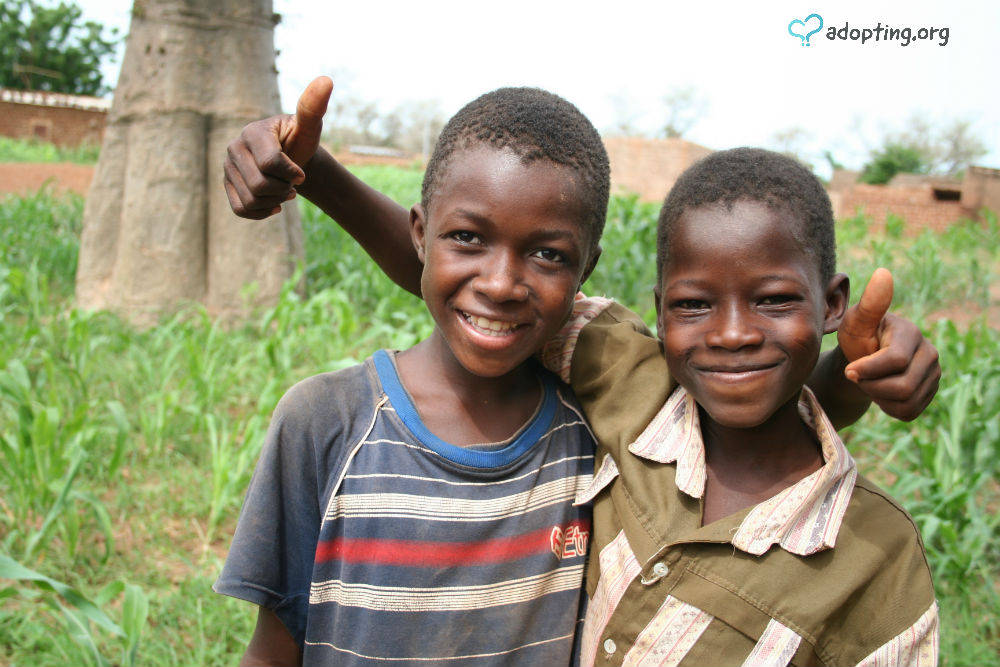 When beginning the process of international adoption it seems like the possibilities are endless. As prospective adoptive parents are you drawn to Asia, South America, or maybe Africa? Which continent speaks to you? Which culture can you envision weaving into the tapestry of your own family’s traditions?

For those interested in adopting from Africa, the practice of intercountry adoption from the continent to the United States has existed for countless years. In fact, Ethiopia long ranked as one of the top sending countries to the United States. With a whole beautiful continent of countries to choose from and thousands of orphans in need of forever homes, adopting from Africa would seem to be a good possibility for any prospective adoptive family. But changes in country policy and shifts in a country’s view of adoption have led many countries to close their doors to adoption. Before embarking on your adoption journey, it is important to understand which countries are open to intercountry adoption and which are not.

When considering adopting from Africa, it should be noted that many countries on the continent are not Hague Convention countries. The purpose of the Hague Convention (fully known as the Hague Convention on Protection of Children and Co-operation in Respect of Intercountry Adoption) is to ensure that every international adoption is completed in the most ethical way possible. This means that prior to being eligible for intercountry adoption, every attempt must have been made to place the child in-country. This is to ensure that the child in question is indeed an orphan and that intercountry adoption is the best chance of providing that child a forever home. Additionally, the Hague Convention stipulates the adoption process must be streamlined (with a central adoption authority), the full medical, social, and family history of the prospective adoptive child must be supplied, and all fees related to the adoption must be disclosed in advance.

Because the United States is a signatory of the Hague Convention, every adoption to the United States must meet the above Hague requirements, even if the sending country is not a Hague signatory. One of the hurdles that can prove most difficult for a non-Hague country is proving the prospective child is indeed an orphan. In some countries, like South Sudan and Somalia, this can prove especially difficult due to the political and civil unrest in the country. This is why the adoption of refugees is generally illegal.

Still, there are many countries in Africa who have had a history of intercountry adoption and/or remain sending countries. Below is a list of the top seven countries to consider when adopting from Africa.

Next on the list is Nigeria. From 1999-2018, 2,096 adoptions took place from Nigeria to the United States. In fact, in the last few years, adoptions from Nigeria have actually risen. Single women are welcome to adopt, as are heterosexual married couples. Single women must be 35 years or older, married couples must be at least 25 years old. There are no income or education requirements, save those listed by the United States Citizenship and Immigration Services. The children available for intercountry adoption are typically age 5 or older, though children with special needs may be between the ages of 2 to 5. There is no specific amount of time prospective adoptive parents must spend in-country because each state determines the length of time they require for bonding (before the adoption is approved). Stays in-country can last anywhere from a few months to two years. The average timeline from a referral is 18 or more months, and the cost to adopt from Nigeria is between $40,000-$55,000. Nigeria is not a Hague Convention country.

Another country with a history of intercountry adoption is Uganda. This landlocked East African country has had a total of 1,700 intercountry adoptions to the United States from 1999-2018. Both singles and heterosexual married couples are welcome to adopt from Uganda. Prospective adoptive parents must be at least 25 years old and have no more than five children living in the home. Children available for intercountry adoption are between the ages of infancy to 8 years old, children with special needs, and sibling groups. In June 2016, the Ugandan president signed an amendment regarding residency requirements to adopt from Uganda. To become a legal guardian to a child, one must live in Uganda continuously for at least three months. Once the three-month marker is met, the prospective adoptive parents may begin fostering their prospective adoptive child. A period of fostering in-country for one year must be completed before the adoption is finalized. The time frame from referral to complete an adoption in Uganda is roughly 18-36 months. Uganda is not a Hague Convention country. The total cost to adopt is between $30,000-$40,000.

By the numbers, the Democratic Republic of Congo would seem a good country to adopt from in Africa. From 1999-2018, 1,586 adoptions took place from the Democratic Republic of Congo to the United States, but in September 2013, the DRC issued a statement saying they would discontinue the issuance of exit visas for adoptees. At the time, there were roughly 370 Congolese children waiting to exit the country with their adoptive parents and another 400 who had made it to the United States but whose adoption was still pending. The U.S. House of Representatives passed a bill in July 2014 urging DRC to issue exit permits and reinstate the intercountry adoption process but the government of the Democratic Republic of Congo did not respond. The reason for the refusal to issue exit visas is unknown, but the continued unrest in the country may be the cause. As late as June 21, 2018, the U.S. Department of State issued another statement strongly recommending against adopting from DRC. It is not likely the ban on exit visas for adoptees will be lifted anytime soon. The DRC is not a Hague Convention country, and the average cost to adopt from DRC was $25,000-$40,000.

One of the smaller countries in Africa, Ghana is another country to consider when adopting from Africa. Situated on the West Coast of Africa between Cote d’Ivoire and Togo, from 1999-2018, 1,196 adoptions took place between Ghana and the United States. Ghana has a fast-growing economy, which makes it one of the safer countries in Africa. Married couples ages 25 and older are welcome to adopt from Ghana. Prospective adoptive parents ages 50 and older will be considered on a case-by-case basis. Singles and same-sex couples are not permitted to adopt at this time. Prospective families must have less than five children residing in the home. There are no income or educational requirements to adopt from Ghana. The children available for adoption are typically age 6 and older, sibling groups, and children with special needs. The timeline for a referral is 12-24 months, with the wait for a child age 3 or younger even longer. After referral, it takes an additional 12-24 months to complete the adoption. Two trips to Ghana are required, the first to meet the child and the second (typically three to four months later) to bring the child home. The cost to adopt from Ghana is $30,000-$40,000. Ghana is a Hague Convention country.

There are currently only three accredited adoption service providers working in South Africa. Both singles and married couples may adopt from South Africa. South Africa also welcomes same-sex couples. Prospective adoptive parents must be between the ages of 25-48 years. Families with other children must wait until the youngest child is at least 3 at the time of dossier submittal. Children available for intercountry adoption are between the ages of 2-6 years old, have special needs, and/or are part of a sibling group. The timeline from dossier submission to travel is roughly one to three years, depending on the prospective adoptive family’s openness to gender, age, and special needs. One trip (of four to six weeks) to South Africa is required. The average cost to adopt from South Africa is $30,000-$40,000. South Africa is a Hague Convention country.

There are notably a few countries missing from the list, such as Egypt and Morocco. In Morocco, only practicing Muslims may adopt and in Egypt, intercountry adoption is not possible, with kinship adoption a rare exception. In both countries, Shari’ah (Islamic) Law is recognized. According to Shari’ah Law, essentially, it is forbidden to adopt a child in the sense of the word as it is understood in the United States. Adoption is possible, but prospective adoptive parents must appear before Shari’ah court to argue their case. Per Shari’ah Law, only Muslims may adopt Muslim children, and it is very rare for the child to be displaced (or adopted) out of the country.

Of course, the above list is only a glimpse of the 54 countries on the continent of Africa. For a complete list of countries, visit the U.S. Department of State website to learn about adopting from Africa. A word of caution, however, countries which list only a handful of adoptions each year are typically adoptions which have taken place through the involvement of a relative (i.e. a kinship adoption).

Considering adoption? Let us help you on your journey to creating your forever family. Visit Adoption.org or call 1-800-ADOPT-98.

Jennifer S. Jones is a writer, performer, storyteller, and arts educator. She holds an MFA (Playwriting) from NYU Tisch. She has written numerous plays including the internationally renowned, award-winning Appearance of Life. Her amazing transracial transcultural family was created through adoption from China and India. She is passionate about the adoption community and talks about the ins and outs, ups and downs, joys and "is this really us?!" whenever she can. She writes about her experiences at www.letterstojack.com. 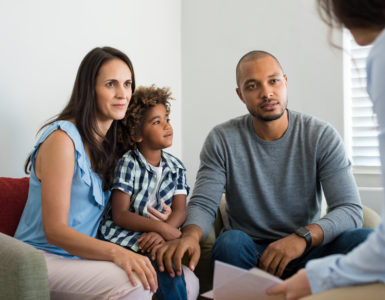 As you begin your research on adopting an orphan, you may find that there is a lot of information available. As the former Executive Director of Joint Council on International Children’s Services, I saw how the process... 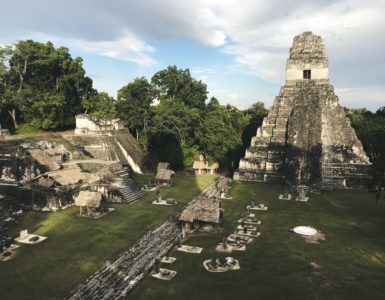 Officially known as the Republic of Guatemala, Guatemala is a country in Central America that borders Mexico, Belize, Honduras, and El Salvador. This beautiful nation is comprised of volcanoes, rainforests, mountains... 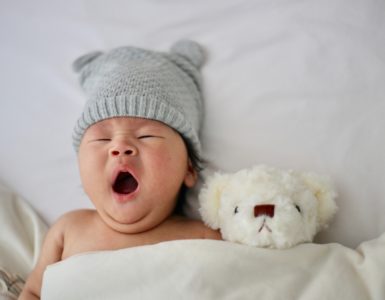 5 Things to Know about Adopting a Baby from China

As a young girl, I was sick in bed one day, and my mom brought me a Reader’s Digest to keep me busy. I read through and found an article on China’s one child policy and was heartbroken. As a 13-year-old girl, I wanted...